What Do We Know About Syria? Next to Nothing

Anyone accepting "facts" or narratives from any interested party is being played.

About the only "fact" the public knows with any verifiable certainty about Syria is that much of that nation is in ruins. Virtually everything else presented as "fact" is propaganda intended to serve one of the competing narratives or discredit one or more competing narratives.

Consider a partial list of "interested parties" spinning their own narratives about events in Syria: (in no particular order)

1. The government of Syria

7. The government of Iraq

This doesn't exhaust the list of interested parties, of course, but it reflects the spectrum of competing parties pushing a narrative that supports their particular interests in Syria. These include neighboring countries, regional powers, global powers and consumers of Syrian energy exports.

Let's start by stating the obvious: the only way to gain any reasonably accurate contexts / assessments in Syria is to have intelligence-gathering assets on the ground. The situation is fluid and complex, and there is no one "truth."

The only way to get any sort of handle on the military, political and social dynamics in Syria is to have access to the intelligence assessments and analyses of all the major players' intelligence agencies.

In other words, the only way to get any sort of comprehensive understanding would be to have a WikiLeaks-type release of intelligence reports from all the players with assets on the ground and have a deep enough understanding of the history and culture of the region to make sense of the overlaps, conflicts, nuances and shades of "truth" presented in each of the intel reports.

Only by collating "raw" (unfiltered) intel gathered on the ground and high-level analysis by those directing the various interests' campaigns could a reasonably accurate assessment be assembled.

Short of that, we know next to nothing. What are presented as "facts" are narratives designed to persuade us of the fidelity of the "facts" being presented and the rightness of the narrative supported by the presented "facts."

If the "facts" aren't designed to support a specific narrative, then they're designed to undermine or discredit a competing narrative.

There are several ways to push a narrative: one is to present "evidence" that supposedly verifies the "facts," and the other is to limit the public's access to competing narratives amd claims.

In the good old days, the Soviet propaganda machine was famous for erasing public figures from photos once they ran afoul of the regime. In the photo published last week, Igor was standing next to a KGB apparatchik, and in the photo published this week, Igor has vanished, replaced by a snowy background--perhaps appropriate, given that Igor ould soon be enjoying the rigors of a Siberian gulag.

Nowadays, digital manipulation is much easier and more ubiquitous. Not just photos and videos can be edited--all sorts of digital fingerprints can be faked.

We know from various leaks about NSA/CIA capabilities that these agencies (and presumably others) engineer computer viruses so they appear to be the work of foreign intelligence agencies or hackers.

It's difficult to assess the "facts" in a world awash in digital manipulation and misdirection.

We know a few things, but they're not "news." We know oil and natural gas are still the primary energy sources of the industrialized global economy. So-called renewables (so-called because wind turbines and solar panels don't last forever and thus they are more correctly called replaceables rather than renewables) remain a tiny sliver of total global energy consumption. 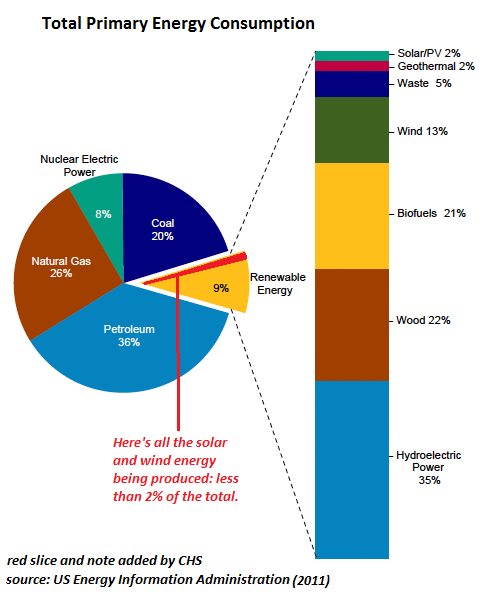 We also know that Syria and Iraq are the geographic armature of the Mideast. 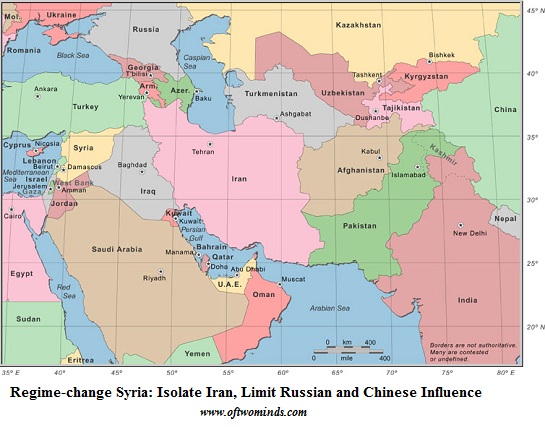 As I have noted in previous essays, sometimes the strategy isn't to control the assets being contested so much as disrupt competitors' enjoyment of the assets and send signals about future costs and consequences.

The Media's Missing the Point: Syria, Empire and the Power of Signaling (April 10, 2017)

It is a grave mistake to take any narrative or set of "facts" presented by interested parties as being anything more than propaganda or signaling. Only those on the ground with intelligence on all the other players on the ground have anything close to a useful understanding of the situation, and they can only claim to have a useful understanding if they also possess a deep appreciation of the regional contexts, histories and dynamics that are in play.

In summary: anyone accepting "facts" or narratives from any interested party is being played. It's best to retain a healthy skepticism of all narratives and an equally healthy appreciation of how little we know or can ever know about the full spectrum of events and dynamics in Syria.