What If The "Crash" Is as Rigged as Everything Else?

Take your pick--here's three good reasons to engineer a "crash" that benefits the few at the expense of the many.

There is an almost touching faith that markets are rigged when they loft higher, but unrigged when they crash. Who's to say this crash isn't rigged? A few things about this "crash" (11% decline from all time highs now qualifies as a "crash") don't pass the sniff test.

Exhibit 1: VIX volatility Index soars to "the world is ending" levels when the S&P 500 drops a relatively modest 11%. The VIX above 50 is historically associated with declines of 20% or more--double the current drop.

Exhibit 2: The VIX soared and the market cratered at the end of options expiration week (OEX), maximizing pain for the majority of punters. Generally speaking, OEX weeks are up. The exceptions are out of the blue lightning bolts such as the collapse of a major investment bank.

Was a modest devaluation in China's yuan really that unexpected, given the yuan's peg to the U.S. dollar which has risen 20% in the past year? Sorry, that doesn't pass the sniff test. 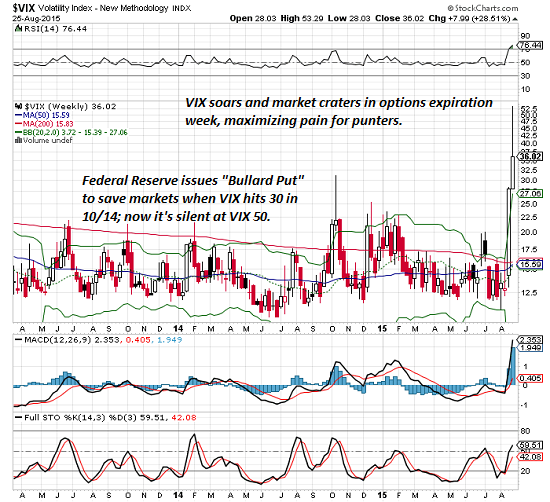 Exhibit 3: When the VIX spiked above 30 in October 2014, signaling panic, the Federal Reserve unleashed the Bullard Put, i.e. the Fed's willingness to unleash stimulus in the form of QE 4. Markets reversed sharply and the VIX collapsed.

Now the VIX tops 50 and the Federal Reserve issues an absurd statement that it doesn't respond to equity markets. Well then what was the Bullard Put in October, 2014? Mere coincidence? Sorry, that doesn't pass the sniff test.

Why would "somebody" engineer a mini-crash and send volatility to "the world is ending" levels? There are a couple of possibilities.

1. The Shock Doctrine. Naomi Klein's landmark study of how manufactured crises are used to justify further consolidation of power, The Shock Doctrine: The Rise of Disaster Capitalism, provides a blueprint for how financial crises set the stage for policies that extend the power of central and private banks and various state-private sector players.

A soaring VIX and sudden crash certainly softens up the system for the next policy squeeze.

2. A "crash" engineered to set up a buying opportunity for insiders. When easy gains get scarce, what better way to skim a quick 10% than engineer a "crash," scoop up shares dumped by panicked punters and momo-following HFT bots spooked by "the world is ending" VIX spike, and then reverse the "crash" with another round of happy talk?

Without going into details that deserve a separate essay, we can speculate that key power centers with the Deep State have profoundly different views about Imperial priorities.

One nexus of power engineers a trumped-up financial crisis (i.e. a convenient "crash") to force the hand of opposing power centers. As I have speculated here before, the rising U.S. dollar is anathema to Wall Street and its apparatchiks, while a rising USD is the cat's meow to those with a longer and more strategic view of dollar hegemony.

Take your pick--here's three good reasons to engineer a "crash" that benefits the few at the expense of the many.