We are living in an era where a single statement of truth will drive a pin into the global bubble of phantom assets and debts, and the lies spewed to justify those bubbles. 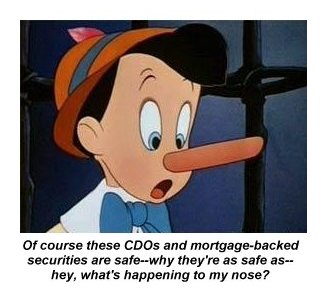 How many nations are blessed with political and financial leaders who routinely state the unvarnished truth in public?

Only two come immediately to mind: Greece and Bhutan:

Greece, where the new leadership repeatedly states the nation is bankrupt and extend-and-pretend policies are finished, and Bhutan, which explicitly rejects worshipping the false god of growth as measured by GDP (gross domestic product).

Bhutan has opted to measure well-being not by bogus "growth" (digging holes and filling them, and other Keynesian Cargo Cult nonsense), but by Gross Domestic Happiness: It's Time to Retire Gross Domestic Product (GDP) as a Measure of Prosperity (April 18, 2014)

In other words, with remarkably few exceptions, the global Status Quo is a vast Empire of Lies.

I have used the phrase empire of lies since 2007:

Ron Paul used the phrase in his book The Revolution: A Manifesto which was first issued in January, 2008, which means he probably drafted it many months or even years before.

Regardless of its origin, the phrase perfectly captures the total dependence of the Status Quo on a constant spew of lies. The complete and total dependence on lies was cemented on December 5, 1996, when Alan Greenspan's injudicious tidbit of truthtelling--Greenspan hinted that the stock market might be manifesting irrational exuberance--caused the stock market to plummet sharply. 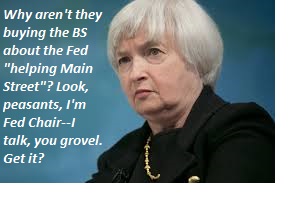 Political and financial leaders took notice of the incredible fragility of the inflating financial bubble and vowed to never publicly state anything remotely close to the truth lest the entire contraption of debt, waste, fraud and bogus accounting collapse.

What would happen if national and corporate accounts met the guidelines of strict accounting? We all know the flim-flam falsehoods of fake numbers would vanish and the nakedness of our bankruptcy and low net profitability would be revealed.

And what would be the immediate consequence of strict accounting? The collapse of asset bubbles predicated on the belief that the bogus numbers accurately reflected reality. 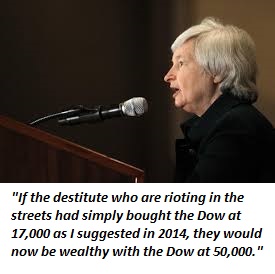 If corporate profit statements were stripped of accounting gimmicks, would the stock market continue rising at a rate that is five times the expansion rate of the economy? Nobody dares speak the truth lest the equity market bubbles collapse.

What would an honest accounting of government's unfunded liabilities for promised pensions and healthcare find? As Jim Quinn recently observed, the most accurate such accounting for the U.S. government found $200 trillion in unfunded liabilities--a staggering sum that is roughly twelve times the entire U.S. GDP--a sum that will require far higher taxes and a dramatic reduction in promised pensions/healthcare.

Does any political or financial leader dare speak this truth in public? What would happen if someone did declare that the monetary Emperor had no clothing?

We are living in an era where a single statement of truth can act as a pin on the global bubble of phantom assets and debts, and the lies spewed to justify those bubbles.