Could America Have a French-Style Revolution?

As with the French Revolution, that will be the trigger for a wholesale replacement of our failed institutions.

Since it's Bastille Day, a national holiday in France celebrating the French Revolution, let's ask a question few even think (or dare) to ask: could America have a French-style Revolution? Not in some distant era, but within the next five years?

By French-style Revolution I don't mean the extravagant use of the guillotine, I mean the complete political overthrow of the ruling elites. This overthrow need not be violent; it could be an entirely peaceful electoral rejection of the two-party political elites and the Federal Reserve / banking / financialization elites which together form the neoliberal-neofeudal ruling elites.

The BAU Crowd (business as usual) considers the possibility of such an overthrow of parasitic, predatory elites as remote as a landing by Martians. I suspect they're purposefully blind to the reality that America's elites and institutions are structurally incapable of accepting meaningful reforms that would address the extremes of dysfunction, exploitation, predation and wealth / power / income inequality that characterize America today.

America's elites and institutions have only one systemic response to crisis: do more of what's failed spectacularly.

This inability to acknowledge the reality of their own self-serving incompetence and the deeply dysfunctional nature of virtually every level of America's economic, social and political orders leaves an overthrow of the entire ruling elite as the only option left other than resignation to Bread and Circuses funded by the Fed, a policy of desperation that will inevitably debauch the U.S. dollar and impoverish everyone who counted on Bread and Circuses to fix what's broken.

Counting on Fed-funded Bread and Circuses to fix what's broken is the perfection of magical thinking, a state of denial expressed by the phrase routinely (but apparently falsely) attributed to Marie Antoinette, when she learned that the peasants had no bread: Then let them eat brioche (roughly translated into "cake" in English).

Ignoring the horror of the delusional BAU Crowd, let's explore the set-up for a French-style Revolution in America.

Setting aside the horrors of the guillotine, the French Revolution was many things unfolding at once:

-- The failure of the Monarchy's money system, as inflation soared to the point commoners could no longer afford bread. (The price of bread peaked the week that the Bastille was stormed by mobs.)

-- The overthrow of the state-religion nexus in favor of Enlightenment rationalism.

-- The romantic ascent of liberty as the rallying cry against an oppressive feudal hierarchy.

-- The fragmentation of the social and political orders into warring factions.

-- The failure of the Monarchy's institutions to recognize and understand the potentially fatal challenges and institute reforms that addressed the problems.

-- The failure of the French economy, which was plagued by poor roads and communication lines, limited trade due to regional fragmentation and low levels of productive investment.

-- Geopolitical rivalries with Great Britain, the rising power of the Germanic states and other continental European powers (Russia, Austria, Sweden).

In sum, institutions that had failed collapsed and were replaced, first by Napoleon's centralized bureaucracies and later by political reforms, a process that took much of the 19th century to play out.

I think the parallels to America in 2020 are obvious, if inexact.

In every case, a class of insiders has come to dominate each centralized hierarchy for its own benefit. Blinded by their greed and hubris, they cannot recognize or understand the systemic failure they inhabit because their attachment to their position, privilege and power is blindingly strong.

Reform is impossible, for as with the French Monarchy, the existing system is the wrong structure and unit size, to borrow a phrase from Peter Drucker. Reforms profound enough to actually repair what's broken would require the insiders surrender much of their position, privilege and power, which they will never do.

As I have taken pains to explain, finance capitalism has fatally distorted the American economy in ways that few understand (or want to understand, since it's so disturbing).

The resulting concentration of wealth and power has also fatally distorted the political process of governance.

As I explained in my books Resistance, Revolution, Liberation and Inequality and the Collapse of Privilege, America's systems only function when there is more of everything to distribute, i.e. "growth": more money, more goods and services, more political power.

When there is less of everything, America's institutions fail because they have no mechanisms for DeGrowth / contraction.

This is the result of their systemic structure as centralized hierarchies. Expansion is effortless, contraction breaks the system. (See the chart of the rising wedge model of breakdown below.)

Much is being made of the fragmentation of American society into so-called progressive-conservative camps, and perhaps the best way to understand this fragmentation is that both camps recognize the failure of American institutions but differ on how to reform them.

Given that America's institutions only function with "more of everything," a reality that aligns with America's zeitgeist of "there's always more of everything," I consider it inevitable that whomever is in power will enthusiastically embrace the illusory "solution" of printing trillions of dollars out of thin air, in the delusional confidence that the world's appetite for dollars is essentially infinite.

Put another way: America finds it comforting to assume that it will always be able to digitally create "money" out of thin air and trade this "nothing" for real goods, i.e. "something."

That America has gotten away with this magic for decades only fuels the confidence of those who reckon the way to "get more of everything" is so easy and simple: just create another few trillion dollars out of thin air and buy the world's resources with this "free money."

Eventually the rest of the world will tire of this fraud, and America will face the loss of its magic printing press.

At that point, inflation will destroy the purchasing power of the US dollar and commoners will be unable to afford the cost of living.

As with the French Revolution, that will be the trigger for a wholesale replacement of our failed institutions. Whether that replacement can be accomplished within the existing political system will depend on a great many factors that will be unfolding simultaneously and interacting with each other in unpredictable, nonlinear ways.

My work is all about sketching out alternative systems that are non-hierarchical, opt-in, decentralized, adaptive, self-organizing and anti-fragile--everything that our current systems are not.

How do we get from "there"--failed, centralized hierarchies dominated by self-serving insiders-- to "here"--opt-in, decentralized, adaptive, self-organizing and anti-fragile institutions?

Nobody knows, but I suspect the decay of our failed institutions will accelerate rapidly, and we won't have to wait very long to witness the messy transition to new decentralized, localized, flexible non-elite-ruled institutional models. 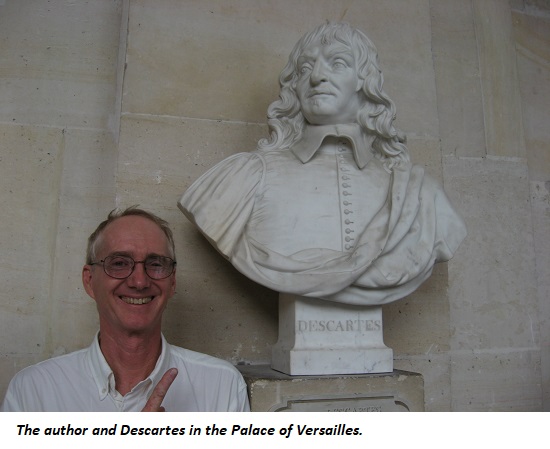 AxisOfEasy Salon #12: The Rise and Fall of the Neo-Feudal Network State (1:06 hours)