Pandemic Pandemonium: The Tides of Globalization and Financialization Reverse

Central bank free money doesn't create collateral or creditworthy borrowers, and without those foundations, the decayed, rotted shack will collapse.

In terms of consequential trends, the pandemic is not a cause, it's an accelerant of shifts already under way before the emergence of Covid-19. Put another way, the tide had already reversed, but now it's visible to all.

The twin drivers of neoliberal inequality, globalization and financialization, are now ebbing, much to the dismay of central banks and the elites that neoliberalism's golden twins enriched at the expense of everyone else.

Globalization ceased expanding some time ago, as diminishing returns set in. The low-hanging fruit had long been picked, and Wall Street's relentless arbitrage of labor costs, environmental laxity and corrupt governance had long since stripped the globalization tree not just of fruit but of bark and foliage.

While the conventional media has long focused on offshoring of jobs and factories, the truly monumental profits were raked in by commoditizing assets, debt and leverage on a global scale.

Thus guaranteed-to-default subprime mortgages were deceptively bundled as "low-risk" securities and sold to pension funds in Norway in 2008, this being a mere tip of the iceberg of fictional capital sold off to marks and rubes globally.

The collateral is gone, baby--if there was anything other than fictional collateral to start with. All those collateralized debt obligations (CLOs), neatly bundled auto loans, junk debt based on illusory future returns from fracking companies--it's all gone, and the bagholders are looking to the central banks to bail them out by buying all the putrid sewage of financialization.

The problem with financialization, of course, is that it creates no real goods or services. It is nothing but an elaborate skimming of value produced by others, a looters' paradise that siphons most of the gains into the hands of a few financial puppet-masters.

Globalization's gains were also sluiced into the hands of the few, while neoliberalism's propaganda machine spewed the bogus benefits of globalization: cheaper jeans and TVs, and toasters that might last a year if you're lucky. The nation's essential industries were sent overseas with one goal and one goal only: maximize profits for corporate insiders, their political lapdogs and the top 5% who own most of the shares.

The pandemic has done nothing but knock down the brightly painted facade, revealing the decayed, rotted shack of reality. Globalization and financialization always served one goal: maximizing the profits of the few, by any means available, at the expense of the many.

Now that the collateral is gone and the tree of globalization has been stripped bare, there's nothing left to exploit except the unlimited largesse of predatory finance's best buddies, central banks.

Only chumps, rubes and marks think they can get something for nothing, yet here we are, rubbing our hands with glee at the Fed's trillions in free money. Yee-haw, free money for everyone, but especially for the most exploitive and predatory of financialization's looters.

Sorry, but there is no free lunch. Every dollar of the Fed's freshly printed trillions will eventually be taken out of the purchasing power or collateral of the holders of Federal Reserve currency.

Just as the way of the Tao is reversal, the tides of globalization and financialization have reversed. Central banks are shoveling sand against the tide, and in their hubris-soaked delirium, already declaring victory.

Central bank free money doesn't create collateral or creditworthy borrowers, and without those foundations, the decayed, rotted shack will collapse. The pandemic has released a tightly coiled pandemonium that will play out in the years ahead. 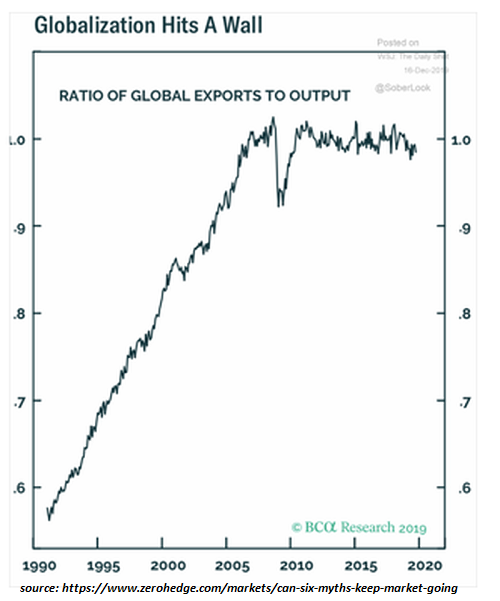