Scrape all this putrid excrescence off and we're left with a non-fantasy reality: everything is getting dicier by the day.

If we look beneath the cheery chatter of the financial media and the tiresomely repetitive Russian collusion narrative (that's unraveling as the Ministry of Propaganda's machinations are exposed), we find that America in 2018 is dicier by the day.

The more you know about the actual functioning of critical subsystems, the keener your awareness of the system's fragility, reliance on artifice and an unceasing flow of "free money."

Keynesian economics boils down to a very simple premise: a slowing or stagnant economy can be goosed by distributing plenty of "free money" which can be freely blown on either speculation or goods and services.

The "free money" (either created out of thin air or borrowed into existence at rates of interest so low that they're less than zero when adjusted for inflation) dumped into speculation gooses assets higher, generating the "wealth effect" beloved by Keynesians, and the "free money" dumped into goods and services gooses consumption, tax revenues, hiring and so on.

The catch is "free money" is never actually free. Creating trillions out of thin air reduces the purchasing power of all existing currency, and pretty soon you're following Venezuela into "our money has lost all its value" territory.

Borrow trillions into existence and at some point even ludicrously low rates of interest start piling up serious sums of interest due, and the system eventually collapses under the weight of defaults and interest payments that stripmine the economy's productive capacity.

Every subsystem in America has compensated for structural stagnation and increasing friction by reducing redundancy and buffers. Have you noticed how many airline flights are now delayed by mechanical issues? Maybe it's my poor luck (experiencing mechanical-related delays), but it makes me wonder if buffers and redundancy have been reduced to lower costs and maintain profits, lest the management team be fired for missing a quarterly earning target.

If you think America's healthcare system is functioning wonderfully, you need to hear some unvarnished, frank reports from nurses and doctors who are speaking off the record. Healthcare is increasingly fragile as physicians and nurses bail out by retiring early. A destructive feedback is taking hold in rural America and other under-served "markets": chronic shortages of physicians and nurses overload the overworked frontline care providers, burning them out as the workloads becomes impossible to manage without leaving widening cracks in care and infrastructure.

As for education: virtually every school district is screaming for more money while its budget is increasingly devoted to soaring pension contributions. The same can be said for many public agencies and institutions. The unwelcome reality is there isn't enough money in the Universe to fund all the pension obligations and increase funding to meet the demands for more of everything-- unless you just create vast sums out of thin air, in which case you follow Venezuela down the monetary black hole to the point that 1 million units of central bank/government-issued "money" equals one loaf of bread. 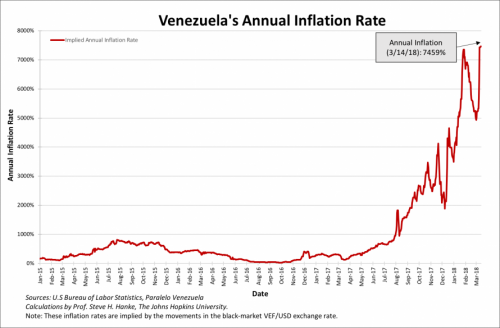 Public services are stripmined to meet pension obligations, and this zero-sum reality will only become more apparent as the excesses of speculation, debt, malinvestment and asset bubbles decay into the inevitable business-cycle recession--a recession that will be made worse by the issuance of more "free money," as the increasing reliance on the marginal speculator and borrower will hasten the avalanche of defaults and malinvestments that will bring down the entire house of cards.

As the tent cities of the homeless proliferate, cities and counties are finding their revenues are devoted to pension obligations, leaving less and less to education, filling potholes, addressing the homeless crisis, the opioid crisis, etc. When the "everything bubble" pops and assets crater, the impossibility of fulfilling promises made in "good times" will be apparent to all but those demanding "their fair share."

About that "cheap abundant energy" provided by fracking: it's only cheap if we overlook the $250 billion in losses racked up by the sector, and it's only abundant if we ignore the rapid depletion of the majority of wells.

We're supposed to take Facebook's ease in brushing off its blatant exploitation of users' data as proof all is well in social-media-land, but the reality is sobering: America's devotion to Facebook is evidence of the populace's desperate yearning for a connection, any connection, no matter how thin or artificial, to a sense of community in a society stripped of authentic community by the dominance of maximizing profit (Facebook, Amazon and Google's raison d'etre) and centralized power.

This chart of total debt reveals the system's profound fragility--a fragility the Powers That Be are trying to mask with a tsunami of artifice: the system is now so dependent on the heroin hit of "free money" that even the slightest pause in credit growth will collapse the entire global financial system. This is why central banks have created trillions out of thin air--TINA: there is no alternative:

Between the ceaseless Ministry of Propaganda hysteria, the childish fantasy of super-hero films (we're gonna be saved by somebody, no effort on our own behalf required) and the disgorging of zero-credibility economic statistics, the distractions are 24/7. But scrape all this putrid excrescence off and we're left with a non-fantasy reality: everything is getting dicier by the day.

Thank you, Richard F. ($5/month), for your splendidly generous pledge to this site -- I am greatly honored by your support and readership.