The One Chart That Predicts our Future

That our "leadership" reckons "bread and circuses" is what the stripmined bottom 90% want is beyond pathetic.

There's one chart that predicts our future, and no, it's not related to Covid--it's related to capital, specifically the concentration of capital and power in the hands of the few at the expense of the many.

70% of America's economy is generated in fewer that 500 counties; the other 2,500 counties are left with the remaining 30%. The nation's productive capital is even more concentrated in a few hands and regions, and since income and political power flow to capital, the financial disparity / inequality far exceed the 70/30 split depicted in this political map.

Ownership of capital is concentrated in the hands of the top 10%, as the chart of equity ownership reveals, but the concentration is actually much more limited: the top 0.1% control so much wealth / capital that they "own" virtually all the power.

I hope it's not a big surprise that America is now a rigidly two-tier society and economy. If you're an executive at a big Wall Street investment bank, you can rig markets and embezzle billions and you'll never face any personal legal consequences such as being indicted for fraud and being imprisoned.

But try being an employee at a local credit union and embezzle $5,000--a prison sentence is very predictable.

If you're one of the 500,000+ people busted for possessing cannabis in the U.S. every year, then you're not rich and powerful, because when the spoiled-rotten child of the rich and powerful gets busted, the charges are quietly dropped, or cut to a modest fine and a misdemeanor, etc.

"Justice" is for sale in the U.S., along with rigged markets, political power, healthcare and everything else. Why should we be surprised that the economy is also two-tiered?

The lower tier of the U.S. economy has been decapitalized: debt has been substituted for capital. Capital only flows into the increasingly centralized top tier, which owns and profits from the rising tide of debt that's been keeping the second tier afloat for the past 20 years.

The saying follow the money is only half-right--more importantly, follow the capital because income and power flow to capital. As this RAND report documents, $50 trillion has been siphoned from labor and the lower tier of the economy to the top-tier elites who own the vast majority of the capital: Trends in Income From 1975 to 2018.

What's missing from the political map is the staggering percentage of residents in the wealthiest 500 counties who are precariats living paycheck to paycheck, the ALICE Americans: Asset Limited, Income Constrained, Employed.

As I've often observed here, globalization and financialization have richly rewarded the top 0.1% and the top 5% technocrat class that serves the elites' interests. These elites and their capital are concentrated in urban counties, and the feedback loops are self-reinforcing: the capital in the urban counties attracts more capital and talent (skilled labor), bleeding the other 2,500 counties of skilled labor and capital.

America has no plan to reverse this destructive tide. Our leadership's "plan" is benign neglect: just send a monthly stipend of bread and circuses to all the disempowered, decapitalized households, urban and rural, so they can stay out of trouble and not bother the elites' continued pillaging of America and the planet.

There's a lot of big talk about rebuilding infrastructure and the Green New Deal, but our first question must always be: cui bono, to whose benefit? How much of the spending will actually be devoted to changing the rising imbalances between the haves and the have-nots, the ever-richer who profit from rising debt and the ever more decapitalized debt-serfs who are further impoverished by rising debt?

As I explain in my book A Hacker's Teleology: Sharing the Wealth of Our Shrinking Planet, people don't want to just get by, they want an opportunity to acquire capital in all its forms, an opportunity to contribute to their communities, to make a difference, to earn respect and pride.

That our "leadership" reckons bread and circuses is what the stripmined bottom 90% want is beyond pathetic. This map dictates our future, which is the pendulum of wealth and power being concentrated in the hands of the greediest, most rapacious few reaching an extreme and then reversing to the other extreme. How that plays out is anyone's guess, but the pendulum swing to an extreme at the other end of the spectrum is already baked in: the way of the Tao is reversal. 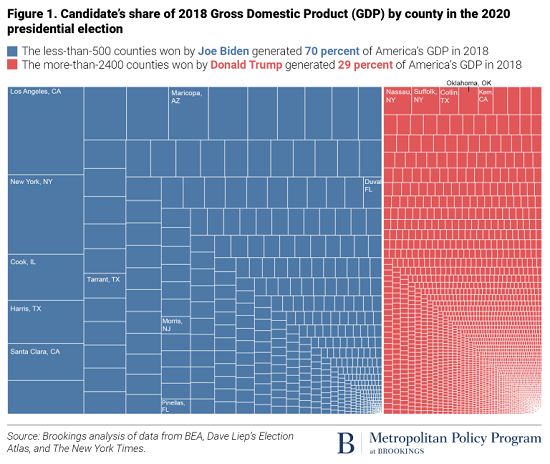 My new book is available! A Hacker's Teleology: Sharing the Wealth of Our Shrinking Planet 20% and 15% discounts (Kindle $7, print $17)