Software Ate the World and Now Has Indigestion

As for all those automated systems we have to navigate--do any of them work so well that those profiting from them actually use them? Of course not.

In Marc Andreessen's memorable phrase, "software is eating the world." Unfortunately, it now has indigestion. Software is running into limits that (non-engineer) promoters either deny or downplay. Meanwhile, back in the real world, software has a limited role in filling structural scarcities of physical goods and many services.

Consider all those apps which are supposed to be the epitome of automated productivity: if software is so great, then why do the apps need thousands of ghost workers to keep the kludgy mess semi-functional? Hidden behind the shiny happy facade of automated software wonderland, thousands of poorly paid humans have to do the hard bits that software fails to do or fails to do properly.

The Ghost Workers in the Machine: Companies devalue them, and consumers rarely know they exist. But the apps and companies that millions of us depend on, like Uber and Amazon, couldn't function without the invisible, low-wage labor of "ghost workers."

Silicon Valley's Shadow: The Ghost Workers Behind Amazon, Google, and Microsoft: An invisible, on-demand workforce supports everything from Facebook to Uber and beyond with project-based tasks--and has little to show for it.

The vision of software eating the world is part and parcel of the compelling fantasy that humans will soon be free from the drudgery of work and scarcity and bask in near-infinite abundance due to techno-magic. Those most taken by this vision are never the ones trying to keep the software and robotics from failing, because those laboring to keep the whole mess from collapsing know the limits are far more real than the magical-thinking enthusiasts understand.

The list of problems that have been "close to being solved" year after year is rather lengthy. Automated oversight of social media content by the loving care of AI (artificial intelligence)? Well, yes, sure--but then what are those tens of thousands of humans scanning millions of posts and images doing for Facebook et al? Getting paid low wages for a hellish job for no reason? No, the AI (whatever that catch-phrase actually means) can't solve the really difficult problems, despite claims to the contrary.

Self-driving cars are here! Well, almost, kind of, with a few exceptions... Other than failing in novel situations where bad weather or other common occurrences manifest, it works great. Well, sort of, but we're close, very close... and so as long as the Internet never goes down, and the sensors never fail, and the creek doesn't rise--it works great.

The vast infrastructure required to make all this function is rarely discussed. It's not just a matter of the onboard sensors and equipment never failing; the Internet, GPS, electrical grid, etc., all have to function perfectly for all the software to work. This is known as a dependency chain and software is at the very end of a long and intrinsically fragile chain.

As for all those automated systems we have to navigate--do any of them work so well that those profiting from them actually use them? Of course not. Do you think the mega-millionaires raking in the profits from stripping out costs and offshoring ghost-work actually use the wretched software systems their monopolies and cartels impose on the rest of us? Of course not; they have their PA, nanny, driver, gig workers, etc. take care of whatever they need done in real time in the real world. It's the rest of us to are forced to put up with their dysfunctional, frustratingly inept software "paradise."

So when the grid goes down for lack of real-world energy, let's all cheer how software is going to deliver us endless abundance. But we'll have to do all the cheerleading in person because the Web went down, too. 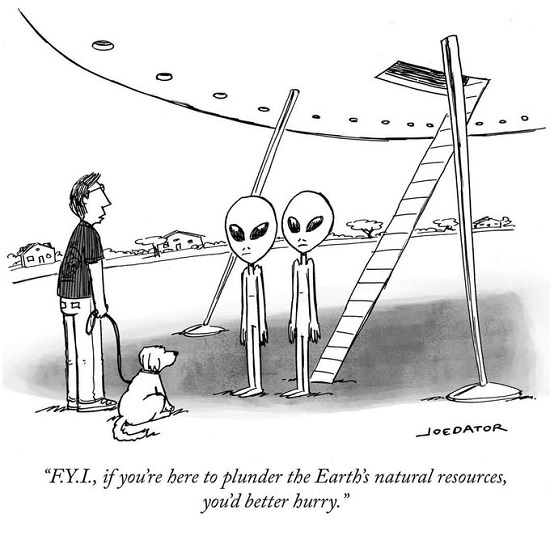 Charles Hugh Smith on the Failure of the Federal Reserve and Rising Secular Inflation (31:16) (with Richard Bonugli, FRA Roundtable)

four monster waves that are about to crash onto the Fed's beach party (with Gordon Long, 40 min.)