At readers' request, I've prepared a biography. I am not confident this is the right length or has the desired information; the whole project veers uncomfortably close to PR. On the other hand, who wants to read a boring bio? I am reminded of the "Peanuts" comic character Lucy, who once issued this terse biographical summary: "A man was born, he lived, he died." All undoubtedly true, but somewhat lacking in narrative.

I was raised in southern California as a rootless cosmopolitan: born in Santa Monica, and then towed by an upwardly mobile family to Van Nuys, Tarzana, Los Feliz and San Marino, where the penultimate conclusion of upward mobility, divorce and a shattered family, sent us to Big Bear Lake in the San Bernadino mountains.

The next iteration of family took us to the island of Lanai in Hawaii, where I was honored to join the outstanding basketball team (as benchwarmer), and where we rode the only Matchless 350 cc motorcycle on the island, and most likely in the state, through the red-dirt pineapple fields to the splendidly isolated rocky coastline. In 1969-70, this was the old planation Hawaii, where we picked pine in summer beneath a sweltering sun.

We next moved to Honolulu, where I graduated from Punahou School and earned a degree in Comparative Philosophy (i.e. East and West) at the University of Hawaii-Manoa. The family moved back to California and I stayed on, working my way through college apprenticing in the building/remodeling trades.

I was quite active in the American Friends Service Committee (Quakers) and the People's Party of Hawaii in this era (1970s).

I next moved to the Big Island of Hawaii, where my partner and I built over fifty custom homes and a 43-unit subdivision, as well as several commercial projects.

Nearly going broke was all well and good, but I was driven to pursue my dream-career as a writer, so we moved to the San Francisco Bay Area in 1987 where I worked in non-profit education while writing free-lance journalism articles on housing, design and urban planning.

Within a few years I returned to self-employment, a genteel poverty interrupted by an 18-month gig re-organizing the back office of a quantitative stock market analyst. I learned how to lose money in the market with efficiency and aplomb, lessons I continue to practice when the temptation to battle the Monster Id strikes.

Somewhere in here my first novel was published by The Permanent Press, but alas it fell still-born from the press--a now monotonous result of writing fiction. (Seven novels and I still can't stop myself.)

I started the Of Two Minds blog in May 2005 as a side project of self-expression, and in an unpredictable twist of evolutionary incaution, that project has ballooned into a website with about 3,500 pages that has drawn almost 20 million page views.

The site's primary asset may well be the extensive global network of friends and correspondents I draw upon for intelligence and analysis.

The blog is #7 in CNBC's top alternative financial sites, and is republished on numerous popular sites such as Zero Hedge, Financial Sense, and David Stockmans Contra Corner. I am frequently interviewed by alternative media personalities such as Max Keiser, and am a contributing writer on peakprosperity.com.

My work does not fit into any ideological box; indeed, I view all ideologies as obsolete and misleading. I doubt this is a surprise to you if you've read the blog.

My lifelong avocations include bicycling, gardening, guitar, camping in the American West, cooking, carpentry and fitness, all of which are reflected in the blog.

I would re-write the bumper sticker "New York, London, Paris, Hilo" as "Shanghai, Kyoto, Bangkok, Paris, Hilo." Many people wonder where I live; I split my time between the S.F. Bay Area and the Big Island, though I visit friends and family on Oahu as often as possible.

Our heritage is Scots-Irish (County Down), English and French; via marriage the family inlcudes Hispanic-American, African-American and Asian-American members. I think the word is polyglot.

Measured in terms of money I am not rich, but measured in friendships, health and output, I feel very wealthy indeed. I like my work and feel there is purpose in the blog's independent critiques of the Status Quo and in the positive view I have of the next iteration of our economy and society.

I lead most of my life in the real world, and as a result my time online is extremely limited. This is why email to this site is read but may not be acknowledged. I regret the limitations but I receive thousands of emails a year and am only one 60-year old person with many other duties and tasks.

In my experience, good luck is rare; the default setting is rejection, disinterest and failure. I concur with Winston Churchill, who held that "Success consists of going from failure to failure without loss of enthusiasm." That more or less sums up my biography.

If your curiosity has yet to be sated, here are some links which contain more information about my work and interests:

My Hidden History (outdated, but offers some additional pages) 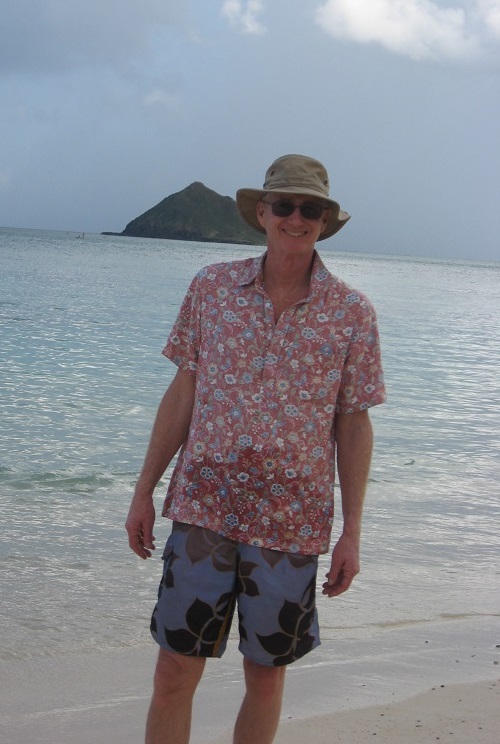