Debt is serfdom, capital in all its forms is freedom. The only leverage available to all is extreme frugality in service of accumulating productive capital.

There are only three ways to better oneself financially: marry someone with money, inherit money or accumulate capital/savings and invest it in productive assets. (We'll leave out lobbying the Federal government for a fat contract, faking disability, selling derivatives designed to default and other criminal activities.)

The only way to accumulate capital to invest is to spend considerably less than you earn. For a variety of reasons, humans seem predisposed to spend more as their income rises. Thus the person making $30,000 a year imagines that if only they could earn $100,000 a year, they could save half of their net income. Yet when that happy day arrives, they generally find their expenses have risen in tandem with their income, and the anticipated ease of saving large chunks of money never materializes.

The lower one's income, the more creative one has to be to save a significant percentage of one's net income. On the plus side, the income tax burden for lower-income workers is low, so relatively little of gross income is lost to taxes.

The second half of the job is investing the accumulated capital in productive assets and/or enterprises. The root of capitalism is capital, and that includes not just financial capital (cash) but social capital (the value of one's networks and associations) and human capital (one's skills and experience and ability to master new knowledge and skills).

Cash invested in tools and new skills and collaborative networks can leverage a relatively modest sum of cash capital into a significant income stream, something that cannot be said of financial investments in a zero-interest rate world.

We hear a lot about the rising cost of college and the impossibility of getting a degree without loans or tens of thousands of dollars contributed by parents. I think my own experience is instructive, as there is another path: extreme frugality.

At 19, my two sets of parents were unable to provide me with more than a rust-bucket old car. My father sent me an airline ticket to visit him, but nobody ponied up any cash for tuition, books, or living expenses. 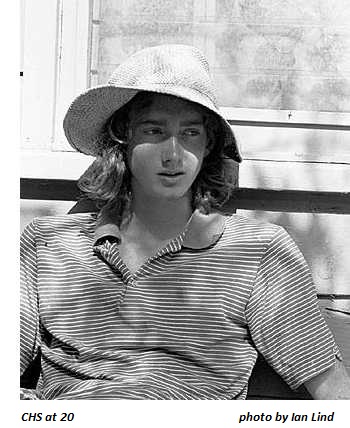 Step One was eliminating housing costs until I earned enough to pay rent. By good fortune, I was able to secure a work-trade housing situation: I was given a room filled with boxes of accounting records, and a path through the boxes to a bathroom and tiny kitchenette in trade for yard work.

Step Two: cut all other expenses to the bone. Since I was working for a remodeling contractor, I needed the car to get to the various jobsites, but I bicycled whenever possible to save on gasoline. I prepared all my own meals and avoided buying snacks, drinks, etc. until my income rose enough to swing such luxuries. I can count the number of drinks or meals I bought on campus in four years on one hand.

Music purchased: none. (We played our own music or listened to the radio on the jobsite.) Clothes purchased new: none. (That's what church jumble sales/bazaars are for: $1 shirts, etc.) And so on.

Step Three: find a job with upside earnings and skills. I'd worked in snack bars and mowed lawns, but construction opened up opportunities to advance my skills and gain sufficient proficiency to deserve a raise in pay.

Since I wasn't guaranteed any opportunity for advancement, I volunteered to work Saturdays for my bosses or anyone else on the crew who had sidework on the weekends. I volunteered my construction services to community groups to gain experience (there's nothing like being responsible for the project, as opposed to just following orders) and open access to new networks of productive, accomplished people.

For example, I rebuilt the rotted redwood rear steps to the historic Agee House in the back of Manoa Valley for free. (Sadly, this wonderful building burned down a few years later.)

In business, the word "hustle" has the negative connotation of high pressure sales or a scam. In sports, it has a positive connotation of devoting more energy and effort as a means of compensating for lower skills or physical size. Step Three requires hustle: when you don't have any advantages of capital, connections or skills, you have to acquire those by hustle and initiative.

Step Four: apply for obscure, small-sum scholarships. $500 may not sound like a lot, but it means competition will be lower and if you get it, that's $500 you don't have to earn. As you build your networks in the community, put the word out you're looking for small scholarships for next semester's tuition. In general, people tend to respond more positively to helping you with a specific goal rather than an open-ended or undefined goal such as "I need money for college."

Step Five: work productively and ambitiously, i.e. work a lot but work smart. It never occurred to me that working 25+ hours a week and taking a full load of classes (4-5 classes and 15+ credits a semester) was something to bemoan--I was having a great time, and earned a 3.5 grade point average and my B.A. in four years.

60-hour work weeks should be considered the minimum effort necessary--but only if those hours are 100% productive work, not hours interrupted with games, phone calls, goofing off, etc. Those 60 hours are flat-out, power-out-the-work hours, not hours diluted by half-effort, distractions, etc.

Step Six: learn to do things yourself that cost money, such as maintaining your car. It's not that hard to change the oil and other basics of maintenance.

If you push yourself and maintain a disciplined life, huge amounts of work can be ground through in a few hours. This is as true of digging a ditch as it is of plowing through texts and writing papers.

Tuition at the state university I attended (the University of Hawaii at Manoa) has risen enormously in the decades since I worked my way through college (roughly $9,000 a year now), but it's still possible to work one's way through if the student pursues all six steps assiduously and with perseverance and hustle and secures full-time work in summers.

One reason I did not bemoan working long hours and practicing extreme frugality was that this was still the default setting in a few dwindling enclaves of our culture and economy. The idea that you could borrow money for everything you wanted had not yet conquered the culture and economy: thrift in service of big goals was still a cultural norm.

In other words, what I did wasn't heroic or unusual; it was the norm.

I should mention that my university years overlapped with the deepest recession (at that time) since the Great Depression: 1973-74. Work was hard to come by, gasoline skyrocketed in price, and inflation started to outpace wages, especially in the low-wage jobs typically available to college students.

It was not a cakewalk by any means.

The upside of relentlessly pursuing Steps One - Six is tremendous: personal integrity, financial independence, and the other powerful freedoms that accrue to these foundations. Measured by income and things I owned, I was "poor." But measured by independence and by skills and networks gained, I was wealthy in many important ways.

Extreme frugality enabled me to not just finish college in four years but to buy a (cheap) parcel of land while still a student with cash and have a substantial savings account by graduation day.

I don't look back on those years of voluntary deprivation in service of independence, freedom, knowledge, and social and human capital as "poor me:" I see them as the extremely positive, productive template that I have followed in the decades since. I never did marry or inherit money, and so whatever I have now is the direct result of extreme frugality in service of integrity, independence and the accrual of capital that can be productively invested.

The only leverage available to all is extreme frugality in service of accumulating savings that can be productively invested in building human, social and financial capital.

Debt is serfdom, capital in all its forms is freedom.