Perhaps the ultimate gaslighting in human history is our current fiat money creation system that benefits the few at the expense of the many.

The terms gaslight and gaslighting are entering the political media lexicon, with partisans of both parties accusing the other side's candidate of gaslighting in the presidential election. The terms refers to the 1944 film Gaslight in which Charles Boyer subtly manipulates the environment to cause Ingrid Bergman to question her memory and sanity.

Generally speaking, gaslighting has been used in the context of personal relationships to describe a manipulative person's attempts to undermine and control their romantic partner.

As I understand it, gaslighting refers to a specific set of manipulative techniques:

1. Questioning, belittling, discounting and undermining our experience of places and events.

2. Overwriting our memory of events with false memories, again by undermining, questioning and belittling our memories.

3. Discrediting and marginalizing our definitions of self and identity, in favor of the manipulator's definition of our identity and place in the world.

4. Using authority and "experts" to disqualify and discredit dissenting views.

5. Denigrate and deny our lived experience and memory by repeating the institutionalized authority-approved narrative of "what actually happened."

6. Disorient, discredit and destroy dissent with a torrent of false statistics, false narratives, false accusations and false claims of our errors.

Correspondent C.D. suggests gaslighting can be applied to the entire financial system. Here are his comments in reference to last week's post Beyond Income Inequality:

Do Wallerstein or Picketty (or any mainstream economists) ever talk about larceny via extortion, fraud, artifice, forgery, false pretense, and conversion, among other types of theft? Do they talk about interest-bearing, debt-based money? If they don't, I think they're missing two gargantuan pieces of the puzzle.

Nations have lost trillions (in today's money) from theft/larceny since the 15th century and have paid many more trillions in interest.....often to the same criminals who stole these vast amounts of money. Economists that don't look at these things are like a business owner who just looks at his costs and sales without looking at the employees who are fudging their time cards and stealing money from the till and then wonders why he isn't making any profit.

It seems to me that only crimes committed on a small and moderate scale are punished; the large crimes are rarely punished. Indeed, people venerate various systems that systematically plunder whole nations and give it a name that ends in "ism" and then the big players in the system are protected and even lionized.

We have a fundamental problem with dishonest weights and measures.... in this case, money/currency. What would happen if someone was using false scales to buy and sell grains? They would go to prison (hopefully). What happens when someone uses pieces of paper that are used to measure ones work/time/effort (money/currency) where there is built in scarcity and an inexorable decline in the value of the that paper due to its debt-based, interest bearing nature? Well, they get to live high on the hog and hire people at banks, government, and universities, who then convince everyone that this paper is good and provides security and prosperity.

The convincing of people to accept this system is a form of gaslighting done by psychopaths. We have been gaslighted so much in our lives, most people can't imagine what life would be without it.

We are bounced from one extreme to another where the "isms" fight over who will steal from whom and how much, all the while, the thieves at the top (who often develop the theories that become "isms") get more and more at the expense of the rest of us. If you have not done so, I urge you to research the concept of gaslighting. I think it will help you in further understanding why things are the way that they are.

Thank you, C.D., for an eye-opening application of gaslighting to our entire money/financial system. I have addressed the role of centrally created and distributed money many times, for example If We Don't Change the Way Money Is Created and Distributed, We Change Nothing (December 24, 2015).

Exposing the racket at the very heart of our money is one key topic in my book A Radically Beneficial World: Automation, Technology & Creating Jobs for All.

Here's the reality: our currency (money) is created at the top of the wealth/ power apex, by central and private banks. This money is borrowed into existence, so somebody (either taxpayers or borrowers) must pay interest on the new money.

None of this money is created at the bottom of the pyramid where the 99.9% live. You want some new money? You'll have to borrow it and pay interest.

Our entire money system is a "trickle down" racket: the banks and financiers can borrow unlimited sums into existence, and some of this "trickles down" to the 99.9% via mortgages, auto loans, etc., or perhaps a few service jobs if a corporation that's close to the money spigot expands operations in the U.S.

But as I have explained many times, most recently in Why Our Status Quo Failed and Is Beyond Reform, those close to the new money spigot can outbid everyone else for income-producing assets, and scoop up the national income without hiring even one more worker. 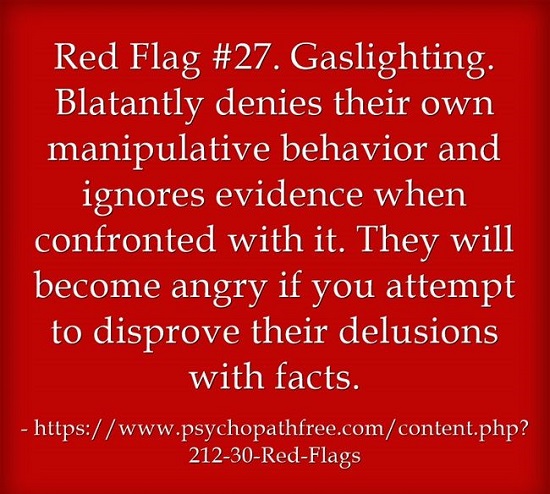 The "crazy" alternative to the money only benefits the .1% racket I propose is to create money at the bottom of the pyramid when someone performs useful work in their community. In my view, it makes sense to create new money when useful labor is performed, not when a bank or financier needs nearly-free money to buy assets or issue credit cards carrying 23% annual interest rates.

Labor-backed crypto-currency sounds "crazy" until the whole money-only-serves-the-top-.1% system collapses under its own weight. When all the "money" that's been created to serve the central and private banks vanishes in a financial supernova--a possibility considered "impossible" by the mainstream, along with rising interest rates and inflation--then what is "crazy" and "impossible" change rather radically: the "impossible" becomes not just possible but inevitable, and the "crazy" suddenly makes perfect sense.

Perhaps the ultimate gaslighting in human history is our current fiat money creation system that benefits the few at the expense of the many. We've been manipulated into believing this is the only possible monetary system and the only possible financial system.

Not true. Wake up, people. There are other ways to create and distribute new money, and other ways to arrange a financial system to serve the many rather than the few.

The status quo apologists will of course angrily deny this reality (see above graphic). Their own place at the trough requires them to defend the indefensible. Their denial and anger are indicators of gaslighting and their own sad acceptance of servitude.

For what it's worth, my copy editor reckons Inequality and the Collapse of Privilege ($3.95 Kindle ebook, $8.95 print edition) is my best book. It is, if nothing else, highly relevant to today's economic/social schisms.