The Global Health Crisis Will Crush the Global Economy

The scale of the global epidemic of obesity, metabolic syndrome and diabetes are truly staggering.

Though evidence of a looming global healthcare crisis is plainly visible, few seem to realize the consequences will be catastrophic to individuals, households and national economies.

Photos such as these provide graphic evidence that air and water pollution are serious health hazards in many developing nations around the world: 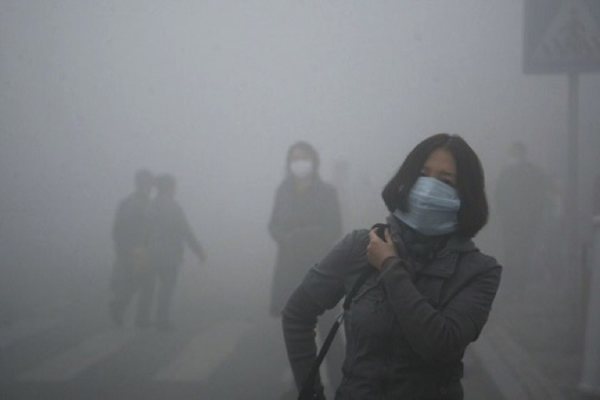 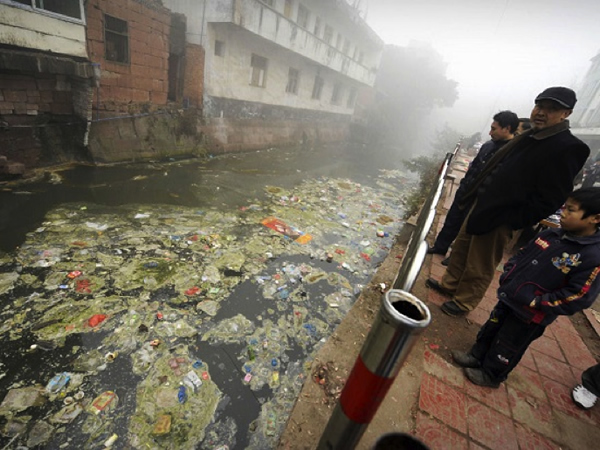 The statistics are equally horrendous: roughly 40% of all deaths in Pakistan result from polluted drinking water, 500 million people in China lack clean drinking water, and in India, 90% of human waste flows untreated into rivers.

Though the winter smog in Chinese cities is infamous, many other Asian nations suffer from equally poor or even worse air quality: 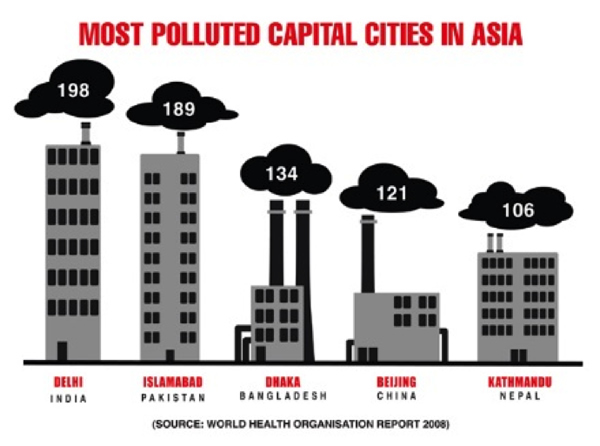 The health consequences of severe air pollution are many, and a rising number of deaths are attributable to air pollution: 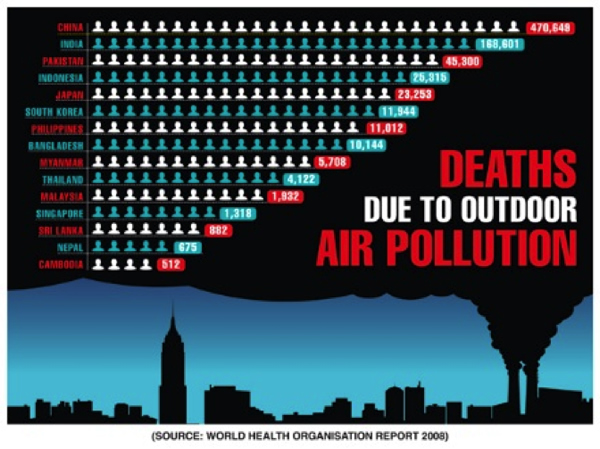 Air and water pollution do not stop at borders, and so severe pollution in developing economies has become a health issue in neighboring developed economies as well.

As populations age, health costs rise while the working-age population that must support higher healthcare expenses declines, burdening the middle-aged workers who must support the elderly and the young. Caring for a rapidly expanding population of elderly retirees burdens governments and economies as well as households: as income is taxed to pay for care, there is less money available for other programs and investing in future productivity.

We all know why healthcare costs rise as the population of elderly retirees grows: chronic non-communicable diseases go hand in hand with age. The costs of treating these lifestyle/ageing diseases (metabolic syndrome, heart disease, high blood pressure, etc.) soar as the population and incidence of these diseases both rise.

A recent Standard & Poor’s study, Global Aging 2010: An Irreversible Truth, warns that “no other force is likely to shape the future of national economic health, public finances, and policymaking as the irreversible rate at which the world's population is aging... The cost of caring for [the elderly] will profoundly affect growth prospects and dominate public finance policy debates worldwide.” (Source) 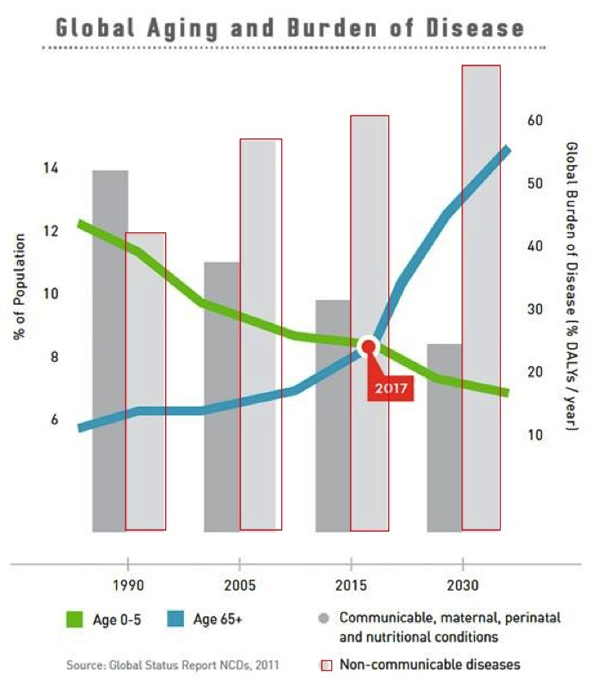 Globally, elderly populations are rising even in developing nations.

Over 1 billion people smoke cigarettes globally, with some 350 million smokers residing in China. Over one million deaths per year in China are attributed to smoking, but some estimates project this number rising to 3.5 million annually.

This epidemic will overwhelm a global healthcare system that is already struggling to provide care for an aging population. 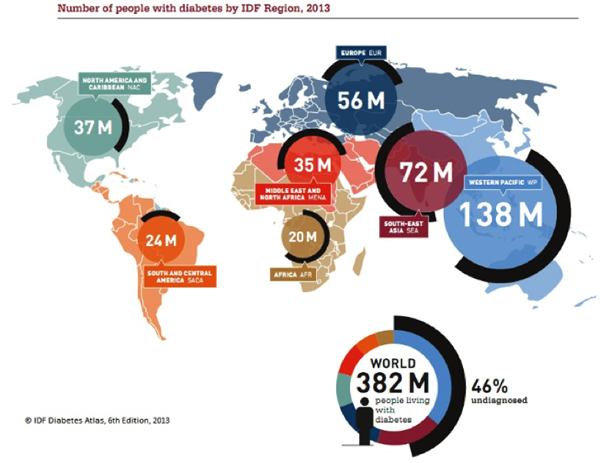 The consequences of diabetes include higher mortality among those under the age of 60, with major consequences in productivity and time lost to illness: 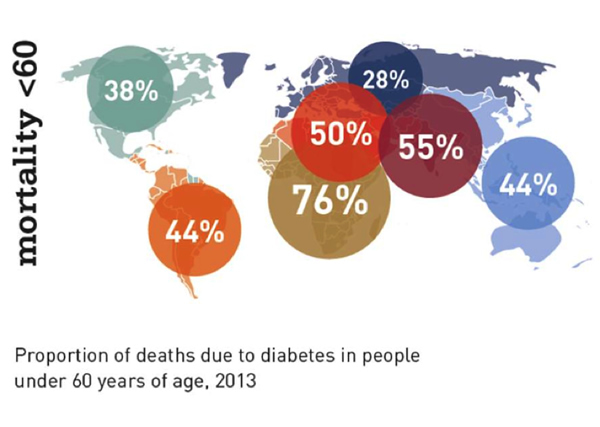 What is particularly striking is the disconnect between statistics that claim low obesity rates in developing countries such as India and China and soaring rates of diabetes in these same countries: 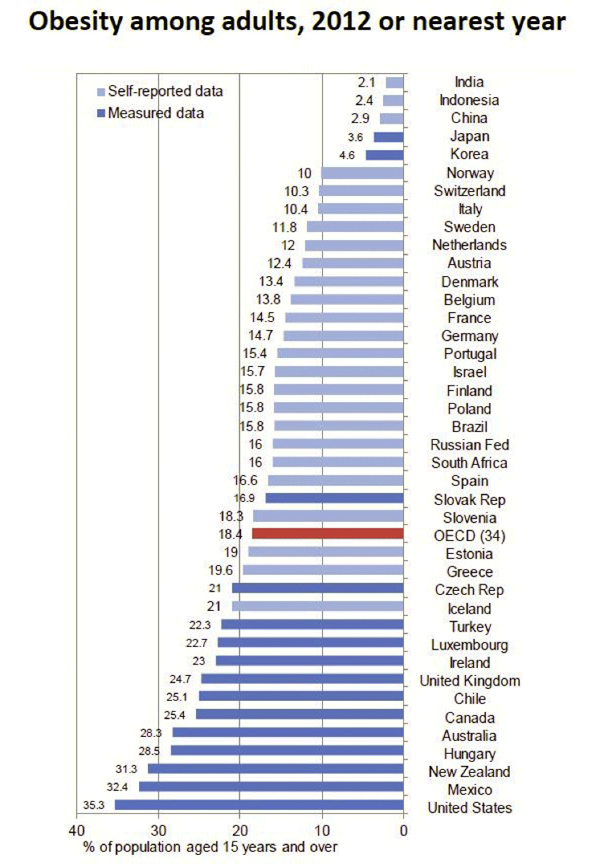 Meanwhile, other sources have published estimates of overweight/obesity in China that parallel data from developed nations with equivalent rates of diabetes. 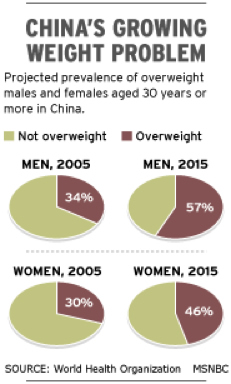 Clearly, the factors linked to metabolic syndrome—diets rich in refined foods, sugar, and unhealthy fats, a lack of exercise, etc.—are on the rise in developing nations, regardless of the supposed rate of obesity (generally defined as a body mass index (BMI) of over 30) and being overweight  (generally defined as a BMI of over 25).

Though few connect global health with the rising human population, common sense suggests that the global competition for resources and the rising costs of providing basics such as clean water and air, and energy and food security, will pressure global health for purely financial reasons: if national incomes are increasingly devoted to expenditures such as military forces, energy and food security,  interest due on sovereign debt, etc., relatively fewer resources will be available to fund healthcare for the rising numbers of elderly retirees and the enormous populations suffering from chronic diseases that require constant monitoring and treatment. 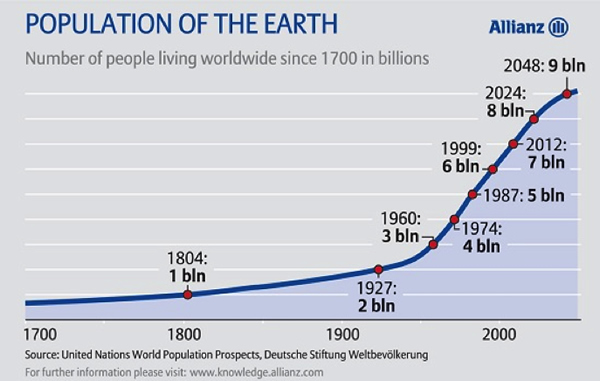 Many people look to technology to solve these inter-related problems. Perhaps miraculous advances in biochemistry will solve all these global health crises. But a cautious skepticism is in order, for all sorts of wondrous but costly technologies that work in the lab and small-scale experiments fail to scale, i.e. become cheap enough and reliable enough to spread quickly around the world.

Advanced technologies require vast quantities of capital, expertise and energy to spread throughout the global economy. The necessary capital and resources are precisely what will be in short supply as demands on tax revenues and social safety nets skyrocket.

The Good News: We Have Agency In This Story

Despite these concerning global trends, health is determined at the individual level. Each one of us has the ability to improve our own personal health situation -- starting right now.

In Part 2: Putting Our Health Into Our Own Hands, we explore what we can do, as individuals and households, in response to the trends discussed above. As discussed in Chris' and Adam's recent book Prosper!, one of the most important components of true wealth is Living Capital -- the most essential component of which is our own bodies. Prioritizing our investments there gives us the best foundation upon which to pursue all of our other future goals.

My new book is #5 in Amazon's Kindle ebooks > Business & Money > International Economics: A Radically Beneficial World: Automation, Technology and Creating Jobs for All. The Kindle edition is $$9.95 and the print edition is currently discounted to $21.60.