Understanding the Cryptocurrency Boom (and its Volatility)

Speculative booms are often poor guides to future valuations and the maturation trajectory of a new sector.

I recently came across a December 1996 San Jose Mercury News article on tech pioneers’ attempts to carry the pre-browser Internet’s bulletin board community vibe over to the new-fangled World Wide Web.

In effect, the article is talking about social media a decade before MySpace and Facebook and 15 years before the maturation of social media.

So what’s the point of digging up this ancient tech history?

-- Technology changes in ways that are difficult to predict, even to visionaries who understand present-day technologies.

-- The sources of great future fortunes are only visible in a rearview mirror.

Many of the tech and biotech companies listed in the financial pages of December 1996 no longer exist. Their industries changed, and they vanished or were bought up, often for pennies on the dollar of their heyday valuations.

Which brings us to cryptocurrencies, which entered the world with bitcoin in early 2009.

If recent tech history is any guide, speculative boom phases are often poor guides to future valuations and the maturation trajectory of a new sector.

Anyone remember “push” technologies circa 1997? This was the hottest thing going, and valuations of early companies went ballistic.  Then the fad passed and some new innovation became The Next Big Thing.

All of which is to say: nobody can predict the future course of cryptocurrencies, other than to say that speculative booms eventually end and technologies mature into forms that solve real business problems in uniquely cheap and robust ways no other technology can match.

So while we can’t predict the future forms of cryptocurrencies that will dominate the mature marketplace, we can predict that markets will sort the wheat from the chaff by a winnowing the entries down to those that solve real business problems (i.e. address scarcities) in ways that are cheap and robust and that cannot be solved by other technologies. 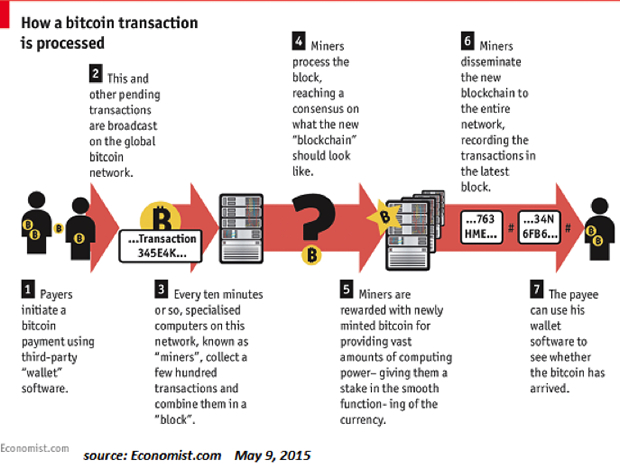 The 'Anything Goes' Speculative Boom

Many people decry the current speculative frenzy in cryptocurrencies, and others warn the whole thing is a Ponzi scheme, a fad, and a bubble in which the gullible sheep are being led to slaughter.

Tribalism is running hot in the cryptocurrencies space, with promoters and detractors of the various cryptocurrencies doing battle in online forums: bitcoin is doomed by FUD (fear, uncertainty and doubt) about its warring camps, or it’s the gold standard; Ethereum is either fundamentally flawed or the platform destined to dominate, and so on.

The technological issues are thorny and obtuse to non-programmers, and the eventual utility of the many cryptocurrencies is still an open question/in development.

It’s difficult for non-experts to sort out all these claims. What’s steak and what’s sizzle?  We can’t be sure a new entrant is actually a blockchain or if its promoters are using blockchain as the selling buzzword.

Even more confusing are the debates over decentralization. One of the key advances of the bitcoin blockchain technology is its decentralized mode of operation: the blockchain is distributed on servers all over the planet, and those paying for the electricity to run those servers are paid for this service with bitcoin that is “mined” by the process of maintaining the blockchain.  No central committee organizes this process.

Critics have noted that the mining of bitcoin is now dominated by large companies in China, who act as an informal “central committee” in that they can block any changes to the protocols governing the blockchain.

Others claim that competing cryptocurrencies such as Ethereum are centrally managed, despite defenders’ claims to the contrary.

Meanwhile, fortunes are being made as speculators jump from one cryptocurrency to the next as ICOs (initial coin offerings) proliferate. Since the new coins must typically be purchased with existing cryptocurrencies, this demand has been one driver of soaring prices for Ethereum.

As if all this wasn’t confusing enough, the many differences between various cryptocurrencies are difficult to understand and assess.

While bitcoin was designed to be a currency, and nothing but a currency, other cryptocurrencies such as Ethereum are not just currencies, they are platforms for other uses of blockchain technologies, for example, the much-touted smart contracts.  This potential for applications beyond currencies is the reason why the big corporations have formed the Enterprise Ethereum Alliance (https://entethalliance.org/).

Despite the impressive credentials of the Alliance, real-world applications that are available to ordinary consumers and small enterprises using these blockchain technologies are still in development: there’s lots of sizzle but no steak yet.

Who Will The Winner(s) Be?

How can non-experts sort out what sizzle will fizzle and what sizzle will become dominant?  The short answer is: we can’t. An experienced programmer who has actually worked on the bitcoin blockchain, Ethereum and Dash (to name three leading cryptocurrencies) would be well-placed to explain the trade-offs in each (and yes, there are always trade-offs), but precious few such qualified folks are available for unbiased commentary as tribalism has snared many developers into biases that are not always advertised upfront.

So what’s a non-expert to make of this swirl of speculation, skepticism, tribalism, confusing technological claims and counterclaims and the unavoidable uncertainties of the exhilarating but dangerously speculative boom phase?

There is no way to predict the course of specific cryptocurrencies, or the potential emergence of a new cryptocurrency that leaves all the existing versions in the dust, or governments’ future actions to endorse or criminalize cryptocurrencies.  But what we can do -- now, in the present -- is analyze present-day cryptocurrencies through the filters of scarcity and utility.

In Part 2: The Value Drivers Of Cryptocurrency, we analyze the necessary success requirements a cryptocurrency will need to excel on in order to become adopted at a mass, mainstream level. Once this happens (which increasingly looks like a matter of "when" not "if"), the resultant price increase of the winning coin(s) will highly likely be geometric and meteoric.

Sadly, the most probable catalyst for this will be a collapse of the current global fiat currency regime -- something that increasingly looks more and more inevitable. This will destroy a staggering amount of the (paper) wealth currently held by today's households. Which makes developing a fully-informed understanding of the cryptocurrency landscape now -- today -- an extremely important requirement for any prudent investor.