Identifying social media and mobile phones as addictive is only the first step in a much more complex investigation.

The emergence of withering criticism of Facebook and Google is a new and remarkably broad-based phenomenon: a year or two ago, there was little mainstream-media criticism of these tech giants; now there is a constant barrage of sharp criticism across the media spectrum.

Even the technology writer for the Wall Street Journal has not just curbed his enthusiasm, he's now speaking in the same dark tones as other critics: Why Personal Tech Is Depressing.

The critique of social media and mobile telephony, has reached surprising heights in a remarkably short time. Consider this article from the Guardian (UK) which compares Facebook and Google's social media empire to world religions in terms of scale, and unabashedly calls them addictive and detrimental to health and democracy: How Facebook and Google threaten public health  and democracy.

A decade ago, social media was considerably different. One of the first social media sites to break into the mainstream was My Space, which began as a forum for bands to post new songs and interact with their fans. This was a great tool for thousands of musicians who had few ways to publicly post their songs and establish public communications with their fans. My Space was a useful idea, and even I posted a few songs my friends and I had recorded.

Around the same time frame, Facebook was limited to college students. I recall reading about FB and going to the site to see what it was all about: the splash screen asked you for your college affiliation.

Mobile telephony featured tiny little screens and an awkward double-click method of texting that only teens could master.

Keeping up on mass-media related technologies is part of my job as a blogger, as bloggers inhabit a little village of the mass-media world that seems to be shrinking as social media expands. I joined Twitter in June 2008, about two years after its initial launch, and Facebook in 2009.

I was struck by this quote from the above Guardian article:

"The term 'addiction' is no exaggeration. The average consumer checks his or her smartphone 150 times a day, making more than 2,000 swipes and touches. The applications they use most frequently are owned by Facebook and Alphabet (Google), and the usage of those products is still increasing."

Wow! Do you check your mobile phone 100+ times a day? Even if this is an exaggeration, it still represents an addictive attachment.

I think we can safely call anything that people interrupt sex to do (like check their mobile phones) addictive.

I think we can start with the innate attraction of distractions and novelty. The higher the density of inputs in our environment, the more quickly we become bored and fidgety. So we turn to our phones for distraction and novelty.

Being social creatures, we want to stay connected to our tribe, group, family, etc. Social media and mobile phones feed this desire directly.

But social media and mobile telephony have peculiar qualities that are unlike actual face-to-face interaction. They don't require the same kind of commitment or engagement; it's understood everyone can log off at any time.

It's also easier to dump on people in the safety of anonymity.

While many people form longlasting online friendships, myself included, as a generalization social media tends to superficiality because it rewards being "liked", i.e. receiving positive feedback, even from those we don't even know.

The broad reach of the dynamic of winning approval is explored in this Guardian article on the rise of "fake news": How did the news go fake? When the media went social.

As social creatures, we all desire a positive standing in our tribe, and the respect and approval of our peers. Social media is like a lens that can make us appear bigger, shinier and more deserving of respect than we might otherwise be.

The temptation to post self-congratulatory Christmas letters ("Josh just graduated with honors, Mia is on her semester abroad, my new painting won first prize, and we're all meeting in Barbados for the holiday"), or divulge TMI (too much information) to elicit sympathy is strong; it's also tempting to express righteous indignation to solicit "likes" from like-minded members of our ideological tribe.

I've commented previously on the relative poverty of opportunities to feel respected and admired in our society; most of us don't have a lot of power or control over our lives, nor do we have the high-status positions and signifiers that automatically earn respect in our centralized, hierarchical social structure.

I think we should acknowledge the power of our natural desire to "be somebody" in our social circle, and in the world at large, and acknowledge the attraction of social media in furthering this desire.

So by all means, we should honor the accomplishments of our loved ones, and proudly display our winning painting, and post photos of our fabulous family holiday. But we also have to acknowledge that "likes" online are not substitutes for the recognition and respect of a real-world circle of peers, or for the self-respect we all desire.

Social media is real enough in its own terms, but it is not a substitute for real relationships and positive social roles. Perhaps this is the addictive pull of social media: the idea that we can substitute a carefully controlled social-media substitute (avatar) for our less-than-perfect real-world self.

If Facebook vanished, our "real" lives would still be intact. If we turned off our phones and social media, how much would we miss them in a week, or a month? How much "smaller" would we become? What would we lose, and how much of ourselves would we lose? What might we gain that's been lost?

These are questions worth exploring, for identifying social media and mobile phones as addictive is only the first step in a much more complex investigation. 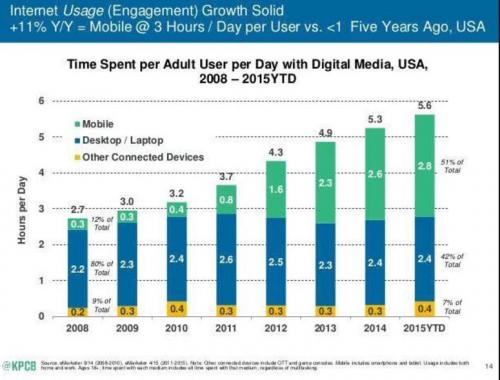 This essay was drawn from Musings Report 45. The Musings Reports are emailed weekly to subscribers and major patrons / contributors.