How Much of our Discord Is the Result of the "Engagement" Advert Revenue Model of Social Media?

The goal of maximizing profits for shareholders by any means available incentivizes discord as the primary source of profits.

Few would deny that social discord is rising. The proposed causes range from wealth/income inequality to the rise of polarizing political ideologies and the Trump presidency. 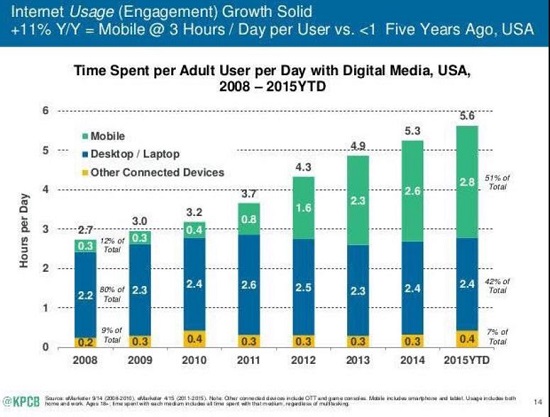 1. If an online service is free, you're not the customer. You're the product.

In other words, if you're not paying for the service or content, then your personal information (harvested by Google, Facebook, et al.), your time online (i.e. your "engagement") and the content you create and post for free (videos of your cute cat, expressions of outrage, etc.) are the products being sold to advertisers at a premium.

2. The more discord content sows, the more advert revenue it generates. In traditional media, audiences were measured by visitor impressions on websites, the number of web searches made for key words, the number of viewers of a TV program, the number of listeners to a radio station, and so on.

But Facebook has changed the advert-revenue model in several key ways. Facebook now seeks "engagement" rather than impressions, and it sells so-called "dark ads", adverts that are targeted by the advertiser to very specific audiences, so that only the people in that audience see the paid content/advert.

On the face of it, this seems fairly benign. A company selling Medicare plans might target Facebook users who are about to turn 65, for example, with paid content about Medicare plans or an advert for their services.

But these changes are not benign, as longtime correspondent GFB explains in his commentary on this article, How Facebook Rewards Polarizing Political Ads (via GFB):

Facebook has ditched the 'conventional' advertising metric for determining the value of advertising - 'eyeballs' viewing the material, i.e. 'impressions' - and instead uses their perverse and self-serving "engagement" model.

So you have the ultimate circle - the more offensive and off-putting, the more "fake news" you make your paid content - the more people react to it ("engage" with it - reading it, and sending to other people who find it equally repellent or admirable as does the original viewer) the more the content appears system wide. Because in Facebook's view, anything that keeps people on Facebook is a win, a chance to expose people to other paid content. Round and round it goes.

Other commentators are also recognizing the qualitative threat this new model poses to democracy, social discourse and the fabric of our daily lives, as evidenced by these two articles:

Smartphones Are Weapons of Mass Manipulation, and This Guy Is Declaring War on Them: Whats crucial to understand is that, from the systems perspective, success is correctly predicting what youll like, comment on, or share. Thats what matters. People call this 'engagement'."

Meanwhile, concerns over the influence wielded by Google, Apple, Amazon, Facebook and Microsoft is also rising: Why Tech Is Starting to Make Me Uneasy

Ask yourself: how much of the discord and distress that's so evident in both social media and traditional media would diminish if everyone spent no more than 5 minutes daily on social media?

Extending the question to the entire media space: what if everyone spent no more than 30 minutes a day on any media, other than pure entertainment (listening to music, watching a movie, etc.)

In effect, corporations are now incentivized by the advert revenue model to sow as much discord and distress as possible, because all these negative emotions fuel "engagement."

What's especially perverse about the Facebook model is that ad blocking software won't eliminate the paid content in your FB feed, nor will it identify which advertiser targeted you or why.

Then ask yourself this: how much better would you feel if you limited your time on social media to somewhere between zero and ten minutes daily?

Personally, I severely limit my time on Facebook, Twitter, Instagram etc. not because I have great self-discipline, but because I find more than a few minutes of social media feeds deranging and a time time sink I can't afford.

They don't make me feel better or more positive. Generally they make me feel the opposite: more disconnected from a deranging zeitgeist, less positive and less productive.

I doubt I'm unique in experiencing these negatives.

If this isn't the acme of a politically and culturally self-destructive model of profit-maximization, then what is it?