The Choice For Venezuela Is Stark: Either Print Money and Fail or Establish Sound Money (USD to the Rescue?)

There are a number of reasons why adopting the USD is a natural choice for any Venezuelan government that is not bent on self-destruction.

Back in 2003, when the writing was already on the wall, one USD bought 1.6 Bolivars. Today, it takes over 1,000 Bolivars to buy one U.S. dollar. Though the official rate is 10 Bolivars to one USD for subsidized goods and 416 to the USD for everything else, the street exchange rate is 1,050 Bolivars to the dollar.

(The official exchange rate has multiple levels, creating multiple layers of confusion and opportunities for graft/corruption.)

While Venezuela's currency was in a free-fall to oblivion, a fundamental revaluation of the U.S. dollar pushed the USD up about 20% in the past two years. 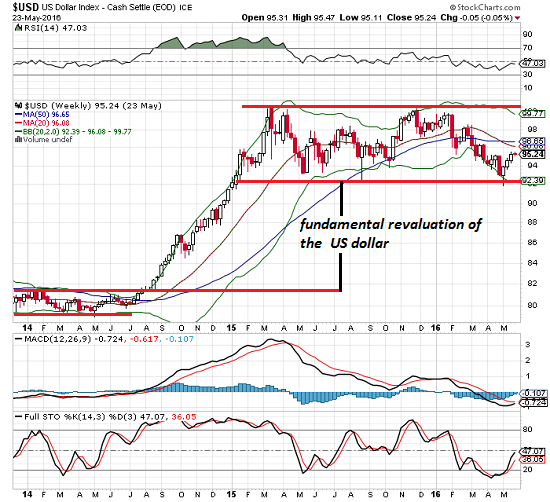 Once a currency is mortally wounded, the government has a stark choice: either print more money and try to stimulate a dying economy by spending the fast-depreciating money, or relinquish the dead currency and establish a sound currency that will attract capital to the country's economy.

There are only two paths: either the state/central bank creates or borrows money into existence in an attempt to "print and deficit-spend our way to prosperity," or the state accepts sound money that it cannot print or borrow into existence. This stability soon attracts private capital.

If the state/central bank surrenders the money-printing press, and accepts the limitations of a currency it can't print into hyper-inflation, then private capital will enter the economy because it can trust that the currency can't be devalued by politicos or the central bank.

I was interested in a recent article on Zero Hedge, Will Venezuela Be Forced To Embrace The Dollar?, for it followed my suggestion of four years ago that Greece should adopt the U.S. Dollar as its new currency (May 14, 2012).

There are a number of reasons why adopting the USD is a natural choice for any Venezuelan government that is not bent on self-destruction.

Adopting the U.S. dollar would deprive the Venezuelan state of its power to devalue its currency. The basic idea behind devaluing one's currency is to boost one's exports by making one's goods cheaper in other currencies.

But since Venezuela has few exports other than oil, which typically trades in USD, there is no export-driven reason to devalue the currency.

A gold-backed currency would be sound money, but does Venezuela have enough gold left to back a new currency? Perhaps, but if there are pervasive doubts about the state's policies and the ability of the Venezuelan economy to survive its present woes, everyone will quickly convert their currency into gold, and the nation's gold reserves would quickly be depleted.

Many people see the ability to devalue a currency as necessary to attract investment. The basic idea here is that if a currency gets cheap enough, foreign capital will smell a bargain and flood into the country, boosting growth.

I think this is absolutely backwards: what capital will sniff out is the possibility that a cheap currency will get even cheaper. As I always note, no nation has ever devalued its way to prosperity or influence. Devaluing one's currency impoverishes every holder of the currency, which invariably includes the bottom 99.9% of your population.

The practicalities also favor the U.S. dollar. With $1.4 trillion of actual physical cash in circulation globally, there is enough USD cash to grease daily commerce in Venezuela, which has about 30 million residents and a GDP of $131 billion (at the official exchange rate, about the size of Nevada's economy) or purchasing power parity (PPP) GDP of about $500 billion, about the size of North Carolina's economy.

The USD is already recognized and used as money in Venezuela (and virtually every other nation on the planet), and so the infrastructure is already set up to maintain a pricing mechanism in USD.

The current government of Venezuela has failed. That much is obvious. The only unknown is what sort of governance eventually replaces it and at what cost in human lives and suffering.

The new government, whether it labels itself Socialist, Communist, free-market or a hybrid of various ideologies, would immediately establish sound money and financial stability by adopting the U.S. dollar as its currency.

Since the USD is already a global currency, the new government would not need the American state's permission; it could announce the adoption, bank the dollars being paid for Venezuelan oil and get about reorganizing the economy for the betterment of Venezuela's people based on a currency that is recognized as a means of exchange everywhere.