China's strengths get relentless coverage, its headwinds less so.

We all know China's strengths: hard-working populace, high savings rate, a so-far wildly successful marriage of Central State-managed economy and several flavors of capitalism and a lock on much of the world's rare industrial metals, to name but a few.

But China faces structural and demographic headwinds which could slow or even reverse its prospects as a global hegemon.

1. The rise of the labor movement. Strikes at Honda Motor plants and unrest at tech manufacturing giant Foxconn are not isolated incidents, but rather examples of a new labor movement in China that seeks higher wages, better working conditions and meaningful respect for labor laws. Where in the past the government's security forces broke up labor demonstrations, the new migrant workers know their rights and are tech-savvy, making use China's 787 million mobile phones to send text messages about demonstrations and legal codes. 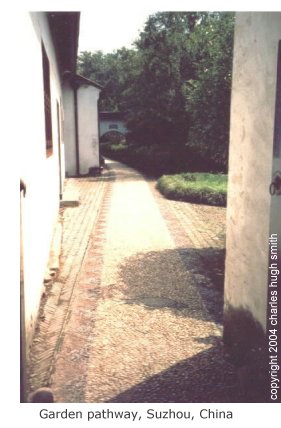 I have often noted that high expectations are a key cause of conflict and discord, be it in marriage or an entire economy. The expectations of the Chinese people are skyhigh and that is a setup for disappointment and then fury.

Income disparity is extreme in China, with hundreds of millions of people scraping by in a high-inflation economy while a relative handful have become millionaires (high-ranking Party types and their cronies in the private sector) who snap up million-dollar homes in Vancouver, B.C. for their offspring. Why? To have an "escape hatch" in case China implodes.

Those of you who are "in the know" are already aware of the dirty little secret of China's most vocal high-level proponents: their kids have Canadian passports or U.S. visas, and they all own homes in Los Angeles or British Columbia. The first step anyone with access to power and wealth takes is to start the paperwork to get their children legal rights in North America or other offshore safe havens.

As China's vast exploited class comes to see the glass as half-empty, their anger and frustration could far surpass any expectations found in the Mainstream Media.

2. The rise of obesity and diabetes. As the traditional vegetable-based diet has given way to Western-style fast foods and other fat-and-meat-heavy fare, and as bicycles have given way to sleek subways and streets crowded with private autos, China's population has gained weight: fully 30% of the populace is now overweight. A staggering 92 million people have type 2 diabetes, which is generally caused by a high-calorie diet and a sedentary lifestyle.

While China's central government has plans to offer basic health coverage to its 300 million citizens who currently have no coverage, the healthcare is basic and won't address chronic diseases such as diabetes.

The International Diabetes Federation estimates that close to 500 million Chinese might contract the disease by 2030. Providing healthcare for such a vast population of people with "diabesity" will place a huge strain on China's economy and productivity.

The Trojan Horse which America has rolled into every developing nation contains a lethal army of high-fat fast food, hip-hop (a.k.a. glorification of individuality and rejecting the status quo), the Internet (news and new ideas) and low-cost communications networking (cell phones, Twitter, etc.)

Ironically, the Trojan Horse remains largely unrecognized; most young Chinese believe Kentucky Fried Chicken is a Chinese company, and the success of Baidu and the Chinese mobile companies provide a veneer of local-ness to what is fundamentally a broad-based attack on the ruling Elites and status quo. 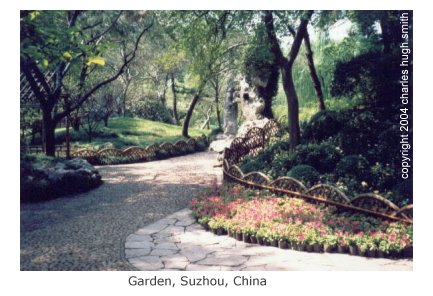 3. Intellectual property rights lag the rest of the developing world. Though Microsoft's Windows and Office software are the dominant operating system and office-productivity suite in China and the rest of Asia, sales in Asia (excluding Japan) make up a mere 3% of the company's revenues.

Microsoft CEO Steve Ballmer recently summarized the situation bluntly: "China is in a class by itself: there is no software market to speak of." He said that Microsoft sees better opportunities in India and Indonesia.

Microsoft is not the only global company for which intellectual property rights and piracy are an issue. If China cannot create a culture of protecting intellectual property, global players will invest elsewhere, hurting China's prospects to advance beyond a reliance on cheap, low-profit-margin manufacturing. 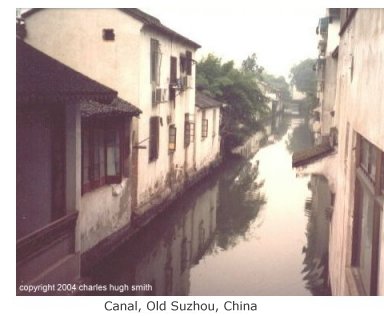 Often lost in the discussion of piracy is the negative effect on home-grown entrepreneurs. If China's innovators can't profit from their own advances because of piracy and ineffective IP protection, then the incentives to invent will be undercut, placing a heavy drag on domestic innovation.

Corruption and pirating are rampant and everyone knows that official displays of concern are empty P.R. gestures; taking the short-cut to wealth by stealing others' designs and ideas is considered "normal" and even positive. That attitude will be extremely difficult to modify and the inherent constraints it places on China's economy are largely unrecognized.

China has the supply chains for cheap manufacturing, but that is the lowest profitability sector of the global economy. As long as corruption and pirating are the status quo, then the higher value work will slowly shift to places with less corruption and more recongition that intellectual property rights aren't a nicety for some future economy, they are the foundation of a diverse economy right now. China will learn this the hard way.

4. Chinese savers have few investment alternatives. Chinese households are prodigious saversChina sports a savings rate of 38%, fully ten times that of the U.S. But Chinese savers have few choices on where to invest their money: they can either leave it in a savings account which draws 2.25 percent, less than the inflation rate of 3.1%, or invest in real estate or domestic stocks.

The money pouring into property has created a worrisome asset bubble in housing, which rose 12.4 percent year-on-year in May, according to China's National Bureau of Statistics. 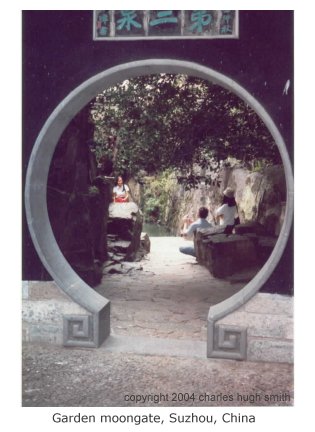 As I reported earlier this year, Chinese authorities' attempts to cool the housing market have so far yielded little result. With no other choice of where to put their savings other than domestic real estate and the Chinese stock market, then there is little wonder why both the Chinese stock market and housing market have both experienced massive bubbles.

Despite the general mood of optimism fueled by rising property prices in China, history suggests that all bubbles end badly. The bubble in Chinese stocks certainly did; the Shanghai Index has fallen over 55% from its late-2007 peak.

The restrictions which effectively funnel China's vast savings into savings accounts that don't even keep up with inflation or into speculative asset bubbles in stocks and real estate boosts the risks of serious losses for Chinese savers and investors. Widespread losses in real estate would cause long-term financial pain for Chinese households, many of whom have relied on the savings of three generations to buy homes.

In the macro view, housing investments are a vast capital trap, trapping the nation's capital in unproductive and potentially illiquid investments. That is a massive misallocation of savings and capital which could have been invested far more productively.