Regaining perspective is difficult in the moments after crisis.

Even as we share the sense of tragic loss caused by the earthquake and tsunami in Japan, we who are far away need some sort of perspective on the calamity and its after-effects. For the 126 million residents outside the northeast zones of destruction, life goes on: young people will graduate from college soon, others are getting their drivers license, and despite the souffle of hysteria whipped up from conflicting/minimal data, most people in Japan are not taking any radical responses.

According to my friends in Kanto and Kansai, they're getting info from the Web and TV just like we are. 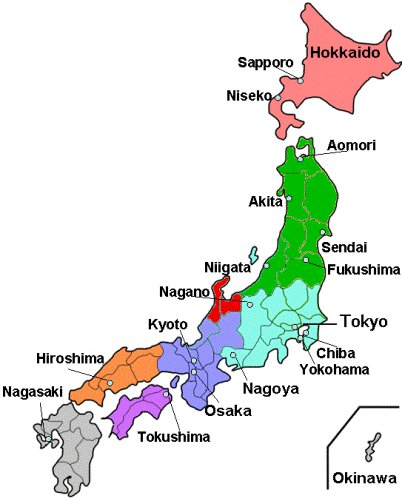 Even with the horrendous loss of life and property, Japan remains a wealthy, well-organized society and the third largest economy in the world. But while it is just behind China in terms of total GDP, it has only 1/10th the population and thus enjoys a per capita income 10 times that of its neighbor on the Asian mainland.

What is remarkable but rarely noted is how little damage has been caused by the many large (6.0 and above) aftershocks which have struck areas hundreds of kilometers away from Sendai. Nagano and even Shikoku have experienced major aftershock earthquakes which in themselves are significant seismic events.

In less seismically hardened places, 6.0 quakes do quite a bit of damage. That these big aftershocks have caused so little destruction is evidence that Japan's infrastructure has been hardened, especially since the Kobe quake revealed vulnerabilities.

The economic after-effects are difficult to assess. Correspondent Jim S. submitted this report, Japan quake strains supply chain from chips to ships which describes the disruption to shipping, surface transport and manufacturing which will last at least a few weeks and possibly a few months.

The consequences to the global economy will probably be hard to quantify even as they trigger other cascading effects. Shortages and disruptions will fade soon enough in most cases, but longer-lasting effects may ripple for months or even years, especially in the nuclear power industry and in the subtler disruptions to global trade and finance.

For example, the world's stock markets have soared on the winds of rapidly rising profits. In the U.S., corporate profits have regained an unprecedented pinnacle. Disruptions resulting from Japan's quake could pinch margins, and thus act as a critical grain of sand on the pile of rising input prices that are already pressuring global profit margins. That nudge could trigger a sharp decline in global equities more lasting than the one which punished stocks yesterday.

Japan's already precarious domestic finances might also reach a Stick-Slip moment as the costs of the quake act as a tipping point in interlocking markets. A Critical Moment for Japan's Economy.

Japan's central bank might stop buying Euroland and U.S. bonds, for example, removing key props from those markets, and the costs of borrowing in Japan may rise as some hidden threshold is breached by the sudden demand for trillions of yen for reconstruction and additional "stimulus."

None of these long-term consequences are as yet visible, but we can anticipate the possibility that the initial disruptions will be resolved relatively quickly even as the effects of those disruptions ripple out, tipping precarious systems into imbalances with no easy resolution.