There is no pleasure in "I told you so" when things fall apart. Many of us recognized the artifice and folly of the credit-housing bubble "Bull market" as early as 2004, but few cared to listen because they were deeply complicit in the Status Quo's legerdemaine: their home was rising in value, their pension fund was being fattened, their sales were rising on the onrushing tide of abundant, cheap credit, their tax revenues were soaring, and their benefits/perquisites were notching higher with every tick up of the stock and housing markets.

Faith in a centrally planned economy operating under the flimsy guise of cartel-State "capitalism" was supreme, as were greed, self-absorption and an overweening sense of entitlement to consumerist "prosperity."

Both corrupt political parties enthusiastically embraced the bubble-culture of fraud and speculative excess, for they too benefited from the illusory glow of "permanent economic growth" and the ever-richer contributions from the fiefdoms, cartels and Financial Elites who gained the most from the credit-based frenzy.

The "prosperity," "growth" and "wealth" were all illusory, but the pain is real. Hardworking, dedicated, smart, experienced people are being laid off into an economy with few prospects. Young people are graduating from university into the same bleak atmosphere of a paper-thin facade of magical thinking and propaganda finally crumbling.

Things are falling apart because the economy has been undermined by financialization and the extreme concentrations of capital and State power. I think these charts tell the story rather well:

Here we see the Federal Reserve-engineered credit-based speculative financialization bubbles and busts reflected in the stock market. All that cheap credit sloshing around created asset bubbles which sucked in capital and borrowed funds seeking extraordinary returns. Then when the bubble inevitably popped, the players were left with the debt, which remained real, while their illusory wealth vanished.

Financialization rewards concentrations of capital that can off-load speculative risks onto the Central State while keeping profits private. Thus financial capital comes to dominate the entire economy and mechanisms of governance.

Empoyees no longer share in the gains from rising productivity: those gains flow to capital/global corporations who influence or control the political machinery. 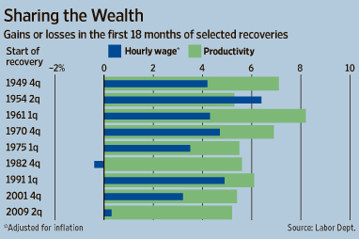 Corporate profits have skyrocketed as Cartel/Monopoly Capital captures an ever larger share of thenational income and buys political power with that cash flow that enables Capital to offload risk on the State and insure a steady supply of cheap/free credit from the central bank (the Fed) to fund its speculations. 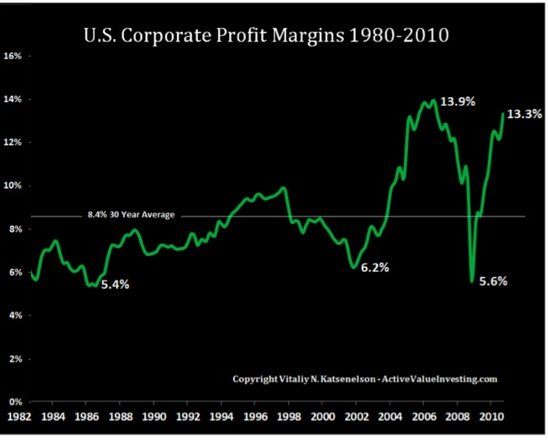 This concentration of wealth leads to extremes of income inequality. The gini coefficient for the U.S. is .47; researchers have identified .4 as the triggering threshold for social unrest. (0 is perfect equality, 1 is total inequality.) 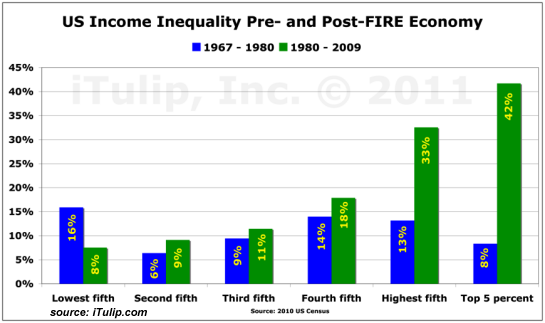 The substitution of money-printing/credit creation for actual wealth creation has led to an explosion of debt across private and public sectors. This debt will soon require crushing interest payments; once again, Capital that owns the debt will profit at the expense of real production.

The cost structure of the real economy has exploded higher as the tide of cheap abundant credit has created vast imbalances. As long as the Sovereign State can borrow trillions of dollars every year to paper over inefficiencies and fraud that could not otherwise endure, then costs can rise forever. Sickcare (operated by cartel-State partnerships) is a prime example:

With tax revenues climbing along with the speculative gains, government costs also lack any limiting factors. Now that the speculative cycle of ever-greater imbalances and financialization is reaching the endgame, tax revenues are plummeting even as costs ("we were promised," etc.) continue rising. 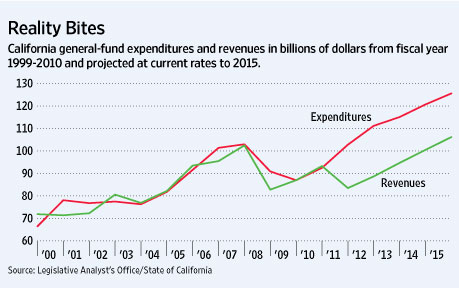 I have often addressed the theme of things falling apart:

Turning and turning in the widening gyre
The falcon cannot hear the falconer;
Things fall apart; the centre cannot hold;
Mere anarchy is loosed upon the world,
The blood-dimmed tide is loosed, and everywhere
The ceremony of innocence is drowned;
The best lack all conviction, while the worst
Are full of passionate intensity.

Though the poem was penned in 1919, just after the Great War destroyed all the illusions that trade and interdependent prosperity spelled the end of war, it speaks presciently to our era. The falconer circling ever farther away from the voice of its master could be interpreted as a spiritual metaphor for a culture lost in self-absorption, complicity, Empire, greed and resentful entitlement, or politically as a metaphor for a populace slipping away from the Founding Fathers' principles of liberty and limited government and their distrust of central banks' potential for financial destruction.

In a nation increasingly diverging into hackneyed, hardened ideological camps whose sole goal behind their soaring rhetoric is defense of their own preferred cartel-State fiefdoms, clearly the center (common ground, common sense) is not holding.

Things are falling apart because artifice, fraud and facsimiles have purchased complicity, and engineered concentrations of financial power that inevitably over-reach and implode.