I suspect the consequences of Japan's massive earthquake will be much more transformational than most now imagine.

Long-time readers know that I studied Japanese language, culture, literature and geography in college, and that we have many friends there. 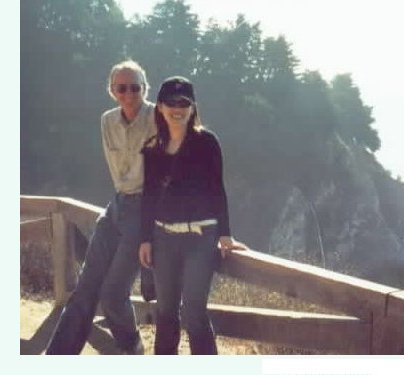 Thus it is not just an academic exercise for me to ponder the longer term consequences for Japan and the world as the full extent of the damage is toted up. Emails are trickling in from our friends in Japan, and so far everyone is OK. (Here's a photo of me and one of our Japanese friends during a camping trip to Big Sur.)

Photos of Japan always spark memories of our extensive travels there. As those of you who have visited Japan know, it is incredibly rich in scenery, and though it may appear small on a world map it is quite "large" visually.

I have also studied Korea and China for decades, both formally in university and informally, and we have traveled extensively in both China and Korea and have many friends in each country. So it is with some "on the ground" knowledge, personal friendships and formal study that I say that though all East Asian societies share characteristics drawn from China's ancient culture, each is unique in many ways.

From the Western perspective, Asian cultures offer up numerous paradoxes (or apparent paradoxes). For example, in extremely polite Japan you might yourself rudely crammed into a train. The refinement of the Japanese aesthetic visible in everything from architecture to furniture to gift-wrapping vanishes in the visually manic page layouts of magazines and adverts. A stable, basically conservative society is also the breeding ground for the most absurd and extreme fads in clothing, gadgets, etc. 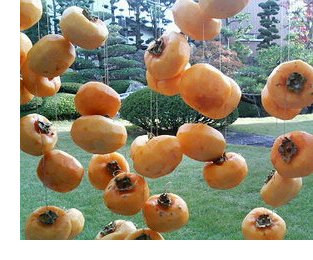 A relentlessly high-tech economy remains firmly rooted in agricultural and food-related traditions. Here is a photo of drying persimmons (kaki) I took in our friends' home in Nagano.

A key feature of Asian culture is the distinction between public "face" and private lives. Thus the Japanese appear stoic in public, as one's private emotions are reserved for life beyond the public eye (unless one gets drunk, of course, and behavior while drunk is set aside in a special category. I have seen drunks shouting and pushing police in Japan--behavior that would get them tasered or shot in the U.S. The cops just calm the guy down; after all, he's just drunk.)

But this stoicism also reflects the deep reserves of resilience built into Japanese culture. People endure: shoganai, it can't be helped.

Japan is a wealthy nation, with deep reserves of finance, talent and determination. It is impossible to say who works harder and longer, the Chinese, Japanese or Koreans: all three societies demand workloads that would crush most Americans and other Westerners. Much of the "economic miracles" wrought by each of these countries results from this tremendous work ethic.

If you watch many films from China and Japan, you will note that sacrifice is often a theme: individuals sacrificing for the family (children or parents) or for the nation.

Here is a photo of our friend's delightful nieces, before they blossomed into young teens. 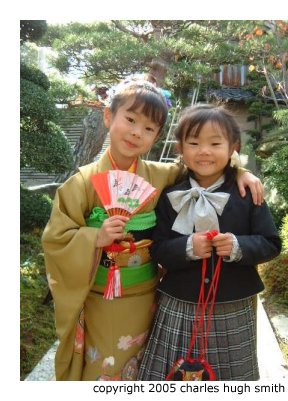 Despite the many strengths of Japanese society and culture, and the tremendous reserves of talent, dedication and self-sacrifice of its people, my gut feeling is that this series of devastating earthquakes will have more enduring consequences on the world economy than most observers seem to expect.

Japan has managed to sustain a 20-year Keynesian experiment in central government borrowing and spending "stimulus" rather than force the insolvency of its vast banking and insurance sectors. What allowed this endless piling up of debt is the people's willingness (channeled by regulations and limitations on other investments, of course) to buy low-yield Japanese bonds.

But Japan's demographics are changing. The Baby Boom generation which sunk their prodigious savings into bonds is retiring, and instead of buying more bonds they are selling assets to fund their retirements and healthcare.

On the surface--in public--Japan appears to be entirely stable financially. It's as if the national debt, currently about 200% of GDP, could rise to 300% or 400% or 1,000% without any consequence or breakdown. But demographics changes all sorts of things, and the added financial burdens of funding trillions of yen in rebuilding costs could push Japan's public finances over some unseen edge.

Should Japan be unable to self-fund its ever-rising debt, then it would have to compete globally for bond buyers. Interest rates would have to rise, and that would eventually trigger a collapse in public finances, as the costs of servicing that rising debt exceeds the government's ability to borrow money.

Japan's Status Quo--its "Establishment"--has clung on to various structural imbalances for the past two decades, refusing to threaten powerful financial and political fiefdoms with fundamental reforms. The Status Quo has played "extend and pretend" on a vast scale for an entire generation, and this has pushed Japan to a financial precipice.

All this makes me wonder if the initial "let's work together, it can't be helped" stoicism and self-sacrifice will erode at some point and trigger a social earthquake: a sudden demand for real reforms rather than more facsimiles of reform that change nothing in the power structures of the economy and government.

Some analysts have reckoned that Japan will consume less oil and resources in the wake of the quake, but if we look out a bit further, we see that rebuilding will require monumental amounts of energy and materials. Japan's consumption of commodities will rise, not fall.

Though China gets all the media attention, Japan is still a critical supplier of numerous high-tech parts in the global supply chain. The Japanese global corporations have learned from experience that anything they make in China will soon be pirated, so they have withdrawn all the really high-tech manufacturing to the home islands.

I suspect most analysts are complacent about the possible global ripple effects of these quakes, simply because Kansai and Tokyo were largely spared.

Given its great stability and wealth, Japan seems an unlikely candidate for social or financial changes triggered by a natural disaster. I am not so sure it is immune to these forces, given the fragility of its central State and local government finances and its sclerotic Power Elites and political machinery.

The quiet stoicism of the next few months may give way to more systemic and possibly transformational forces than most observers believe possible.