Suppressing the Cognitive Dissonance of a Bogus Recovery
(May 19, 2010)


Despite a 24/7 campaign of carefully managed "good news," 76% of Americans do not believe the U.S. "recovery." Hmm, I wonder why?

A massive outbreak of economic cognitive dissonance is being suppressed with wave after wave of manufactured "good news." Every visibly negative bit of data is run through a media and Central State assembly line to refashion it as "good news" and "evidence" that the "nascent recovery is taking hold." Whatever cannot be rejiggered is simply buried or suppressed. 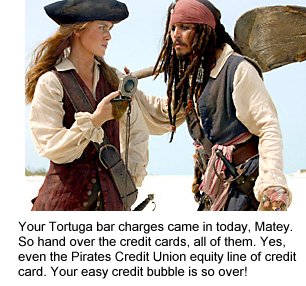 The fact that five corporations control the the vast majority of the U.S. mainstream media certainly aids that manufacturing process.

Let's run through a few of the most blatant examples of suppressed dissonance:

1. If the economy is recovering so strongly ( +3% GDP growth in the first quarter!) then why are tax revenues down? Federal budget deficit hits April record: The April deficit soared to $82.7 billion. Total revenues for April were down 7.9 percent from a year ago. In the seven months of this year, corporate tax receipts are up 8.9% to $77.1 billion. The same cannot be said of individual income tax revenue, which is down 11.6% in the first seven months to $500.8 billion.

Through the first seven months of the current budget year, which began on Oct. 1, the deficit totals nearly $800 billion. That is down only slightly from last year's deficit during the same period of $802 billion. Revenues total $1.2 trillion in those seven months, down 4.5 percent from the same period last year.

As this chart from the Federal Reserve shows, non-financial corporate profits were almost 14% of GDP before the global meltdown. In a $13 trillion economy, that's $1.8 trillion.

But much of the "good news" in Corporate America is not quite as rosy as presented.

You have to read to the very last line to get to the sobering reality: same-store sales dropped in the U.S. and gross margins declined. Both are bad news, yet you'd never know it from the lead paragraphs and talking heads.

3. Corporate profits are boosted with special charges and other accounting trickery. It takes a forensic accounting analysis of corporate filings to discern what's real and what's been juiced to boost quarterly "earnings."

Meanwhile, corporations are loading up on debt again: Junk bonds-- essentially risky bets on future corporate earnings--made up the biggest share of corporate debt sales on record last year. That hardly suggests prudence on the part of the companies loading up on tens of billions of dollars of high-interest debt. Load the company with debt, goose profits, cash out the big bonuses and then let the balance sheet implode.

4. Much of global corporate America's earnings resulted from the weak dollar. Now that boost to the bottom line has largely vanished in the collapse of the euro.

Many of America's premiere global companies earn most of their revenue overseas. Equipment maker Eaton, for instance, gets 55% of its sales from outside the U.S. Global companies such as Coca-Cola not only reap most of their sales overseas-- they also depend on international growth to boost their profits.

As the U.S. dollar has risen 25% against the euro, the U.S. multinationals' plump profits (in dollars) will take a huge hit. Indeed, American multinationals such as Caterpiller have already seen their stocks pummeled as traders realize the dollar's rise will slice their profits.

If that wasn't bad enough, our major trading partners are heading into epic slowdowns. As the wheels fall off the credit/housing bubble in China--the global engine for commodities and manufacturing--and the credit storm takes down Europe--the world's largest trading bloc--U.S. corporate sales and profits will suffer.

5. Income inequality has risen to 1929 levels. If times are indeed good, they're only good for the top 5% of households. The bottom 80% have seen their net worth and incomes decline. So much for "trickle-down" prosperity. 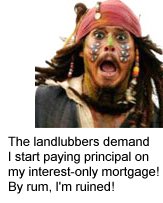 6. U.S. households remain mired in debt. U.S. households took on too much debt and the consequences are still unfolding: 14% of mortgages delinquent or in foreclosure. This is only the above-water part of the iceberg; banks are holding tens of thousands of loans out of foreclosure lest their insolvency become too obvious. Tens of thousands of homes are being hidden in the "shadow inventory" of homes which are in default but which are not listed for sale.

Resetting the mortgage payments down a few dollars will do nothing to change the massive over-indebtedness: Home-Loan Aid Proves Little Help For Those With Other Big Bills to Pay.

7. Another wave of mortgage resets has yet to hit--housing's bogus "recovery" will dissolve like a sand castle in a tsunami.

8. The U.S. banking system is still rotten to the core. The list of ills in the U.S. banking industry is long indeed, but perhaps one fact reveals how little has been changed in the past few years of turmoil: U.S. commercial banks (not investment banks) generated a record $22.6 billion in derivatives trading revenues in 2009--the same year that the Federal Reserve spent trillions of dollars to prop up the U.S. mortgage market and the banking sector.

9. The U.S. trade imbalance is growing again. Though imports fell in the recession, imports rose 18% from the second quarter of 2009 to the fourth quarter.

10. Economic "intelligence" is essentially propaganda. Despite the daily flood of financial and economic data, pundits, government agencies and forecasters were caught off-guard by the subprime mortgage crisis, the resulting banking crisis and now once again by the European banking storm and sovereign debt crisis.

Many official economic-intelligence reports are of questionable forecasting value. As I reported previously, Federal budget projections are consistently overly rosy and the nation's GDP was recently "adjusted" down 37% in one fell swoop.

This is a recurring pattern: "good news numbers" are released with much "nascent recovery" fanfare, and then quietly revised down to statistical noise a few weeks later.

Earlier this year, the Labor Department revised the nation's employment for December 2009 down by a staggering 1.39 million, bringing the total number of jobs lost since the start of the recession to 8.4 million. The culprit was the department's "birth-death model," which creates phantom jobs every month based on the idea that thousands of small businesses are being "born" and hiring workers, despite little to no evidence for this hiring in the real world.

With "economic intelligence" like this, no wonder 76 percent of Americans believe that the US economy remains in recession.

That must be sobering for the Central State propaganda complex and the mainstream corporate media: all their efforts to persuade the average American that they are doing better financially have failed to suppress the evidence for economic decay which is so abundant in the real world. 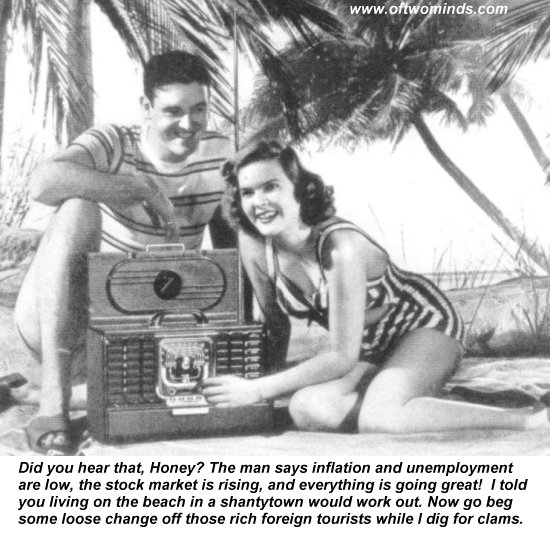