The ingredients for mixing up a batch of economic collapse are all present in both China and the U.S.

If we wanted to increase the odds of financial/economic collapse to 95%, we would need to assemble the following ingredients:

1. Concentrate central-planning power in non-transparent State and quasi-State agencies. Placing the levers of central planning in a few hands who are unbound by pubic scrutiny greatly increases the odds of catastrophic policy mistakes being made, and guarantees that those policy mistakes will be pursued with bull-headed determination until collapse occurs.

2. Encourage speculation by reducing the safe return on capital (interest paid) to less than inflation/zero. To mix up a really good collapse, we need rampant speculation which bubbles up to mania levels. 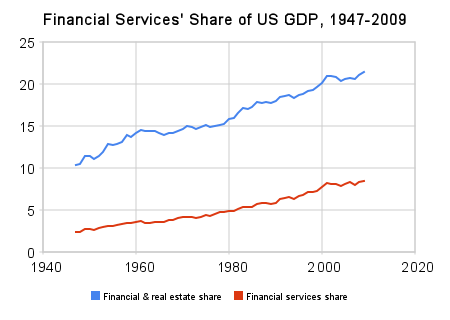 3. Increase the share of financial and real estate speculation so that the inevitable collapse in speculative real estate, stock, bonds and commodities bubbles will crush the entire economy. 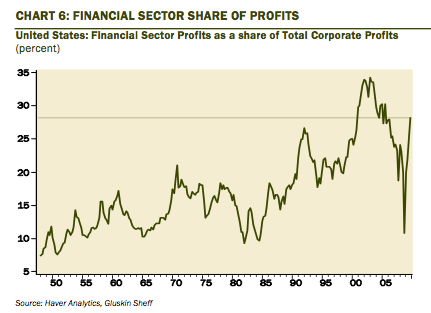 4. Increase the dependency of the Power Elites on financial profits. As financial profits come to dominate total corporate profits, then the economy and stock market will become heavily dependent on a continued expansion of what are in essence speculative profits skimmed from churning.

The Power Elites will also become dependent on these profits, as they fund the Elites' share of the swag/maintenance of power.

Excellent examples: extreme concentration of wealth and power in the U.S. and China.

7. Impoverish the Status Quo of any ideas outside the same stale ones which have guided the buildup to inevitable collapse. More stimulus, more stimulus, brawk!

8. Make corruption, embezzlement, crony capitalism, insider trading and fraud systemic. The labels "communist" and "capitalist" are meaningless screens for the same Power Elites-based system of skimming and masking the skim.

9. Concentrate the mainstream media in a few hands beholden to the Central State and its crony-capitalist partners. Six corporations control most of the "free enterprise" media. In a pinch, have the State own and operate the media directly.

10. Devote an increasing share of the national wealth to the National Security State (internal control) and global Empire/military. This diversion of wealth into unproductive "assets" increases the top-heavy size of the Central State, thereby increasing the odds of systemic collapse and/or catastrophic wars.

11. Make ever-greater numbers of laws and regulations so the entire productive class is either criminalized or forced into complicity with a rapacious Status Quo. I address this in Survival+, along with all the other points raised here.

12. Raise the expectations of the populace to absurdly unrealistic heights so their disappointment and anger will be equally boundless when the status quo implodes. Owning property will make you rich, you won't even have to work! The "dirty work" will be performed by marginalized immigrants from the poverty-stricken West (China) or the poverty-stricken south (U.S.).

Perhaps the most remarkable aspect of this list is how it describes both the U.S. and China so accurately. Scrape away the misleading labels and obfuscating spin, and both nations possess equally vulnerable, intellectually sclerotic concentrations of wealth and power ever more dependent on debt, speculation and financialization for their own wealth and power.


Life has put on a full-court press, and while I read every email I am unable to respond to all correspondence. Hopefully Life reverts to a half-court press soon. (Please excuse the basketball analogy.)