Global agriculture is fraught with an extraordinary concentration of vulnerabilities, some due to the control of cartels.

I recently contended that much of household income flows to a handful of cartels How Much of Your Money Goes to Monopolies and Cartels?. The same can be said of the source of most of our food: global agriculture.

Further to your work on the proportion of our spending that goes to the big corporations (cartels):

I just did a quick analysis of the corporate take in my area of expertise: Farming.

Wheat in a 'high rainfall' area of Australia costs on average $323 per hectare to produce. (This makes a benchmark yield of 3.5 ton of grain) Of that cost of production:

$111 goes to fertilizer. We have a choice of 2 companies.

$66 goes to chemicals. We have a choice of 8 companies but only 4 would hold most of the patents for most of the chemicals. (bayer, syngenta, Dow, dupont)

$9 goes to insurance. We have a choice of about 4.

$8 goes to machinery. We have a choice of about 4.

$23 goes to seed (which could be bought from one of about 4 companies producing new varieties and holding plant breeder rights, or it could be on-farm seed from a free variety that is still produced using 80% corporate inputs)

Monsanto and syngenta are getting scary in this field. They are the leaders in plant breeder rights and see the infinite profit potential in owning the bulk of the world's food genome. Scarier than Peak Oil in my opinion. If they are able to saturate the market with their crop varieties you can be sure there will be built in 'self destruct sequence' that means you MUST buy their seed or have a crop that reverts to weedy grass.

This is the case with many hybrid vegetable varieties already. The seed they produce will not produce good marketable produce the following year ... it throws back to a highly variable plant of different sizes, grades and maturation times, making it difficult to manage and market.

So $259 to $282 or 80% to 87% of costs of wheat production go to multinational companies! The other 13% to 20% goes to small service providers who could probably break their costs down in the same way.

When you consider that chemicals and fertilizers use huge amounts of fuels to produce you can sense that the share of total money flowing in the agricultural sector that stays within the major corporations is very, very high indeed.

Thank you, Bart, for a very enlightening peek into agricultural cartels.

Let's consider a few of the issues which Bart's summary raises. 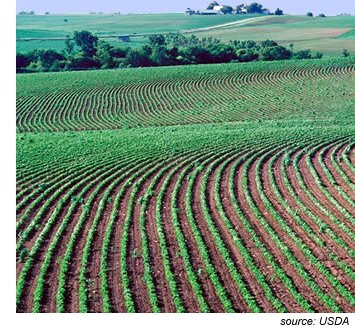 1. Efficiencies. Economies of scale favor large global enterprises, so the emergence of cartels is to some degree a reflection of "scaling up" production to lower costs.

2. Profits. As Marx observed, competition leads to consolidation: weaker competitors are muscled out or bought out and mature industries consolidate into a few hands.

Competition is simply not profitable: monopoly generates the highest profits. Capitalism does not favor "free markets" as is widely assumed, but the destruction of free markets. Thus "monopoly capital" is the preferred goal of capitalism as it eliminates the risks of competition and maximizes the returns via price-fixing.

Globally, various corporations have sold goods at prices lower than the cost of production to drive competitors out of business. Once the field is cleared, then prices jump.

If a complete monopoly isn't possible, then a cartel will do; competition is reined in to the margins and profits fluctuate within "safe" boundaries.

3. Genome patents. Just as overly-broad software and digital patents end up stifling innovation, the wholesale patenting of plant genomes is threatening to limit seed stocks to a monopoly or tiny cartel of patent holders.

4. Dependence on oil/fossil fuels. While agriculture's dependence on fossil fuel feedstocks for fertilizers and oil for transport/production is well-known, what few consider is how Peak Oil could drive Peak Food.

Without massive quantities of chemical fertilizers and pesticides and cheap liquid fuels for transport, how much would global crop yields fall? The extreme vulnerability of high-yield grains to disruptions in oil and the stranglehold on hybrid seed stocks is poorly appreciated.

Risk and return are intrinsically bound. If we move to lower risk with redundancies (backup systems, hedges, etc.) then costs rise and returns are lowered. If we maximize returns with scale and ruthless efficiencies then we reduce redundancies to near-zero and thus heighten the system's vulerabilities to disruption.

Global agriculture has become extraordinarily productive but at the "cost" of rising dependencies on a handful of suppliers and resources. Peak Food is not on many analysts' radars; maybe it should be.