The Cultural Contradictions of Capitalism now include narcissistic consumerism and definancialization.

Today I'm going to tie together the major themes I have been discussing in the context of Japan being the bellwether of economic stagnation and social recession. The basic idea is that Japan offers a limited but still insightful experiment in what happens to advanced consumer-driven economies as definancialization hollows out the economy.

What happens is that economic malaise leads to profound social recession that affects society, workplaces, families, individuals that then feeds back into the economic stagnation.

Definancialization is the process in which excessive speculation, debt, leverage reverse, crushing the economy with malinvestment and legacy debt while the crony-capitalist Central State attempts to stem the resulting deflation with massive, sustained Keynesian stimulus (fiscal deficits).

What we're seeing in Japan is the confluence of three dynamics: definancialization, the demise of growth-positive demographics and the devolution of the consumerist model of endless "demand" and "growth."

Japan is the leading-edge of the crumbling model of advanced neoliberal capitalism: that consumerist excess creates wealth, prosperity and happiness.

What consumerist excess actually creates is alienation, social atomization, narcissism, and a profound contradiction at the heart of the consumerist-dependent model of "growth": the narcissism that powers consumerist lust and identity is at odds with the demands of the workplace that generates the income needed to consume.

One theme that weaves together this week's essays on Japan is the cultural/economic shift that is eroding the traditional Japanese corporate workplace.

The younger generation of workers raised in a consumerist "paradise" are facing an economic stagnation that reduces opportunities to earn the high income needed to fulfill the consumerist demands for status symbols. Given the hopelessness of earning enough to afford the consumerist lifestyle, they have abandoned traditional status symbols such as luxury autos and taken up fashion and media as expressions of consumerism. 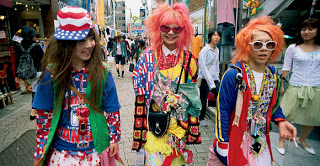 But the narcissism bred by consumerism has nurtured a kind of emotional isolation and immaturity, what might be called permanent adolescence, which leaves many young people without the tools needed to handle criticism, collaboration and the pressures of the workplace.

Narcissism is the result of the consumerist society's relentless focus on the essential project of consumerism, which is "the only self that is real is the self that is purchased and projected."

Christopher Lasch (1932  1994) wrote The Culture of Narcissism: American Life in an Age of Diminishing Expectations in 1979. The book's subtitle captured the angst of the 1970s; though rampant financialization and the Internet reinvigorated the U.S. economy in the 1980s and 90s, the subtitle accurately expresses the New Normal.

While his analysis cannot be easily summarized, he zeroed in on the ontological essence of narcissism: a fear of the emptiness that lies at the very core of consumerism.

Sociologist Daniel Bell's 1988 book, The Cultural Contradictions of Capitalism brilliantly laid out the contradiction at the heart of all consumer-dependent cultures:

This classic analysis of Western liberal capitalist society contends that capitalism-- and the culture it creates--harbors the seeds of its own downfall by creating a need among successful people for personal gratification--a need that corrodes the work ethic that led to their success in the first place.

In the modern iteration of the Cultural Contradictions of Capitalism, the narcissism that results from the focus on personal gratification via consumption cripples the person in the workplace. Ironically, the flattening of corporate management and the demands for higher interpersonal skillsets has eroded the security provided by the strict hierarchy of previous eras.

Instead of working less and doing easier work--the implicit promise of "endless growth"-- the work is becoming more challenging and insecure even as compensation declines.

If there is any personality that is unsuited for the "New Normal" workplace, it is the narcissistic consumer--the very type of person that our consumption-dependent economy creates, nurtures and demands. That is the new Cultural Contradiction of Capitalism.

"Personal gratification" is the driver of narcissism and consumerism, which are two sides of the same coin. Consumerist marketing glorifies the "projected self" as the "true self," encouraging self-absorption even as it erodes authentic identity, self-esteem and the resilience which enables emotional growth--the essential characteristic of adulthood.

Personal gratification is of a piece with self-absorption, fragile self-esteem and an identity that is overly dependent on consumerist signifiers and the approval of others.

No wonder Japan's "lost generations" are lost: not only are expectations of secure, high-income jobs diminished, the work is more demanding and the security and pay are too low to support the consumerist lifestyle that society has implicitly promised everyone who goes to college and works hard as a birthright.

Jesse recently wrote a brilliant, insightful essay, Empire of the Exceptional: The Age of Narcissism As he observes, narcissism has been on the rise for 30 years in advanced neoliberal economies.

In my analysis, this is the direct consequence of the supremacy of a consumerism that is dependent on financialization: an economy dependent on debt-fueled consumption to power its "endless growth" is one that will necessarily implode from its internal contradictions: debt and leverage eventually exceed the carrying capacity of the collateral and the national income, and the narcissism of consumerism leads to social recession, a crippling state of "suspended animation" adolescence and great personal frustration and unhappiness.

The ultimate contradiction in this debt-consumption version of capitalism is this: how can an economy have "endless expansion and growth" when pay and opportunities for secure, high-paying jobs are both relentlessly declining? It cannot. Financialization, consumerist narcissism and the end of growth are inextricably linked.

As I wrote yesterday, this leads to a dispiriting "no exit": It's as if there is a split in the road and no third way: some young people make it onto the traditional corporate or government career path, and everyone else is left in part-time suspended animation with few options for adult expression or development.

We need a third way that offers people work, resilience and authentic meaning. In my view, that cannot come from the Central State or the global corporate workplace: it can only come from a relocalized economy in revitalized communities.