eBooks are read on computers and mobile digital devices. Just download the free Mobipocket or Kindle reader; it only takes a moment. 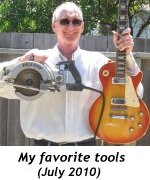